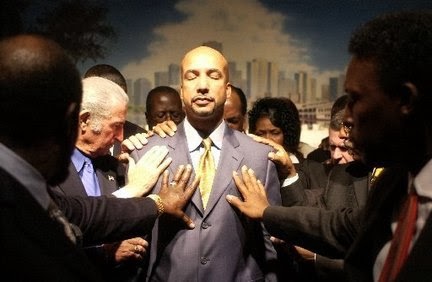 Almost ten years ago, an entire American city died. It emptied out. It was ruined. It was tragic. New Orleans was hammered by Hurricane Katrina and then flooded again by Hurricane Rita (no one remembers Hurricane Rita which, in and of itself, was a horrific storm). Through it all, Ray Nagin tried and failed to be the mayor of a major American city.

In the end, he ended up being a corrupt fool, a goat, and a symbol of the deliberate losers and unlucky fatalists who call New Orleans home. Nagin had a chance to lead. Instead, he lined his pockets.
on February 12, 2014