Clinging to the Reagan Myth 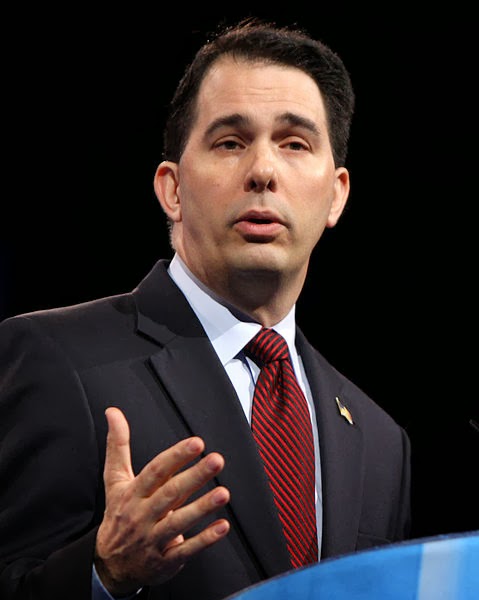 If you’re a Republican who is thinking about running for president some day, there are few things you can do to better ingratiate yourself with the GOP rank-and-file than talk about the awesomeness in human form that was former President Ronald Reagan.

Perhaps this best explains what Wisconsin Gov. Scott Walker was thinking when, during an January interview with Right Wing News, he claimed to have voted for Reagan to be U.S. president.

“I remember, I … had just become a teenager and voted for Ronald Reagan,” Walker said. He argued part of the reason why he supported the Gipper was because “you knew what you were getting.”

“Limited government, you know, smaller government, lower taxes, strong national defense,” Walker continued. “You knew what you were getting. You knew how a Reagan administration, a Reagan presidency, was going to be better for you.”

The charitable version of events would say that Walker misspoke. Happens all the time. Walker probably voted for George H. W. Bush in 1988 and conflated that with voting for Reagan. The wingnuts would argue that he was, in fact, voting for a continuation of the Reagan years and that's exactly what happened--right up until the moment where Bush was thrown out of office after winning a war on foreign soil by a man who had never served a day in uniform.
In other words, Walker is proud to identify himself as being on the wrong side of history and on the wrong side of his own generation. That's pretty savvy for a man who has been bought and sold by the Koch brothers.
Conservatives cling to the Reagan myth like a life preserver. The real Ronald Wilson Reagan wouldn't even be allowed to speak to Republicans, let alone be their nominee for President.
on February 10, 2014