Chris Christie is On the Attack 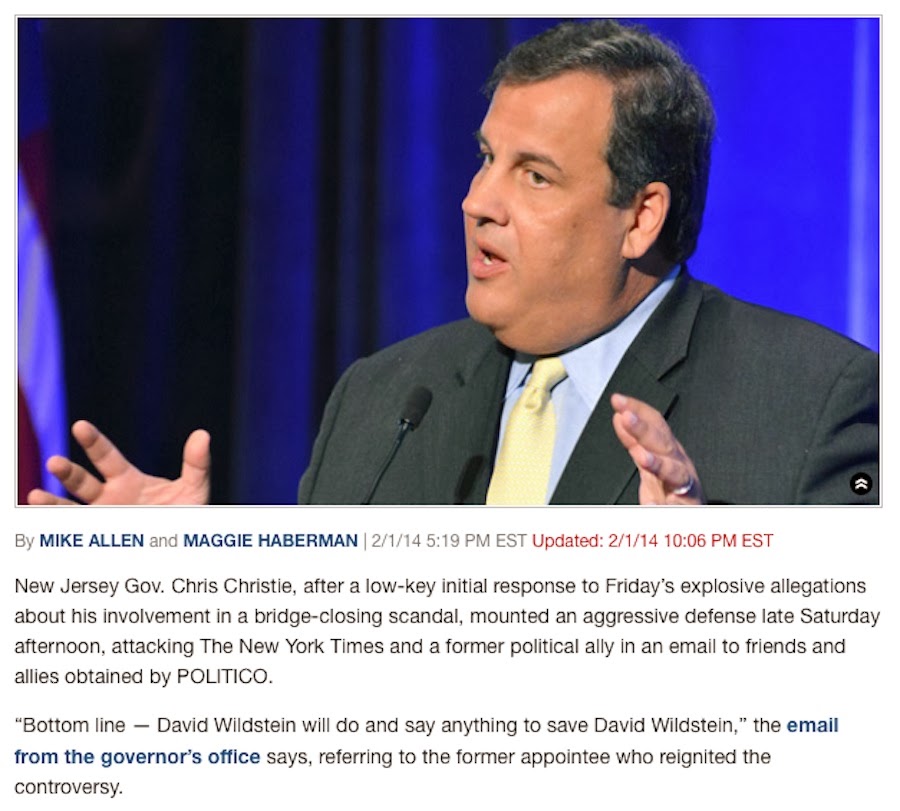 They want you to believe that this was a bumbler who barely knew the Governor. They want you to think he's just flailing around, trying to find a way to get himself out of trouble. The problem is, these kinds of flunkies don't get the kinds of jobs that Wildstein held when he was instrumental in shutting down the toll lanes into Fort Lee, New Jersey. There is no way Christie would have allowed such a man to be appointed to the Port Authority--no way such a plum assignment would have gone to an unreliable, unsteady nobody. And that job wouldn't have gone to anyone except for a capable infighter, one ready to turn on the boss if the boss tried to throw him under the bus.

The fact that Mike Allen is the one trying to help Christie is part of the overall problem--there hasn't been enough scrutiny or skepticism of what went on. The very thing that people loved about Christie was the fact that he was tough and that he would tear into the hides of people and howl like a coyote with a fawn. He was caught being callow and petty, and now he has to hope that people like Allen will help bail him out.
on February 01, 2014
Email ThisBlogThis!Share to TwitterShare to FacebookShare to Pinterest
Labels: Ethics, Journalism, Media, News, Opinion, Politics, Republican, Scam, Scandal