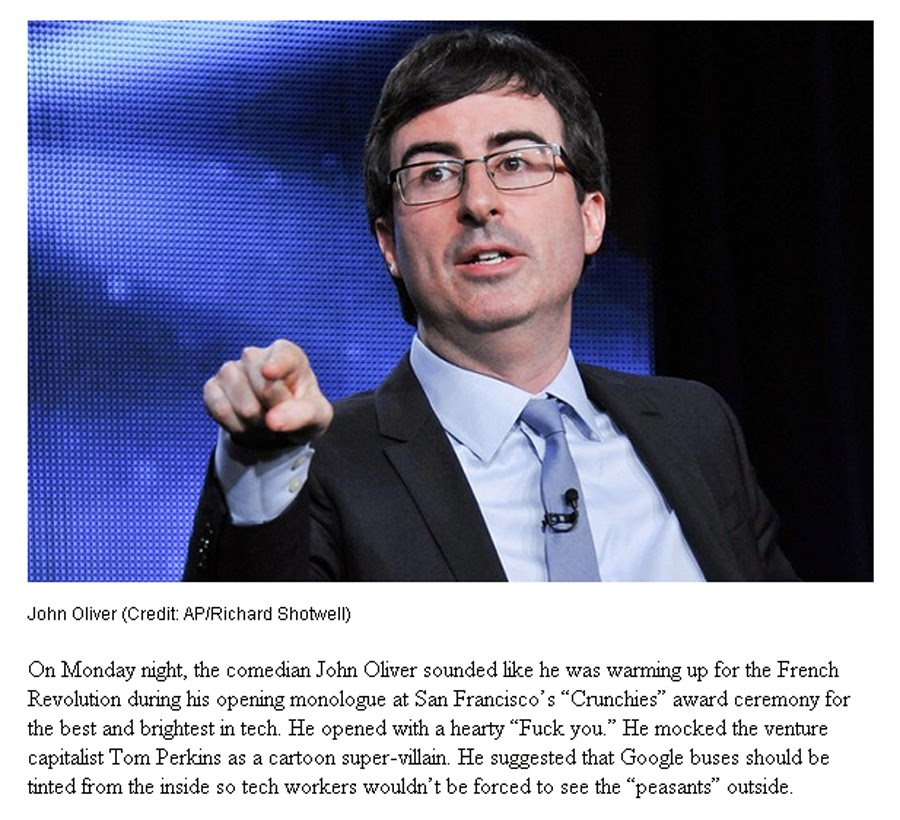 John Oliver made the sly mistake of thinking that there are elites who want to hear the truth. As a comedian, he has no obligations to flatter people or make them feel better--he has an obligation to do the thing that he believes is funny.

Condemning a vastly wealthy group of people who control a critical industry is gutsy enough; having the balls to walk into a room and tell them face to face is legendary. When Stephen Colbert spoke truth to power, they condemned him for it and he ended up reasonably successful and far more influential than any of the columnists who regularly embarrass themselves by regurgitating conventional wisdom day after day.
on February 11, 2014