Time For Some Traffic Problems in Fort Lee 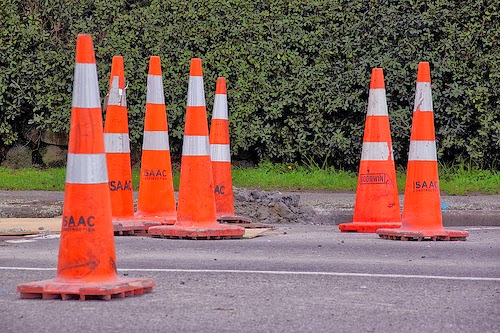 There is a real scandal brewing in New Jersey, and it involves inflicting intentional misery on a community in order to punish people for a political slight. This sort of thing raises a really good question--if you allow the people who work for you to settle scores like this, how can you claim to uphold and defend the people of your state? Never mind that they've resigned--have they been held accountable? New Jersey Governor Chris Christie needs to answer for the work of his staffers:

The messages are replete with references and insults to Fort Lee’s mayor, who had failed to endorse Christie for re-election and they chronicle how they tried to reach Port Authority officials in a vain effort to eliminate the paralyzing gridlock that overwhelmed his town of 35,000 which sits in the shadow of the bridge, the world’s busiest.

The documents obtained by The Record raise serious doubts about months of claims by the Christie administration that the September closures of local access lanes to the George Washington Bridge were part of a traffic study initiated solely by the Port Authority. Instead, they show that one of the governor’s top aides was deeply involved in the decision to choke off the borough’s access to the bridge, and they provide the strongest indication yet that it was part of a politically-motivated vendetta—a notion that Christie has publicly denied.

“Time for some traffic problems in Fort Lee,” Bridget Anne Kelly, one of three deputies on Christie’s senior staff, wrote to David Wildstein, a top Christie executive at the Port Authority, on Aug. 13, about three weeks before the closures. Wildstein, the official who ordered the closures and who resigned last month amid the escalating scandal, wrote back: “Got it.”

Is this enough to force Christie out of office? No, but it is enough of a look inside the character of his political organization. He allowed his people to operate like thugs. This was an abuse of power so egregious that it should be followed up with some serious consequences. Who else has been on the receiving end of this kind of retribution?