They Are Going to Jail All the Bloggers Now 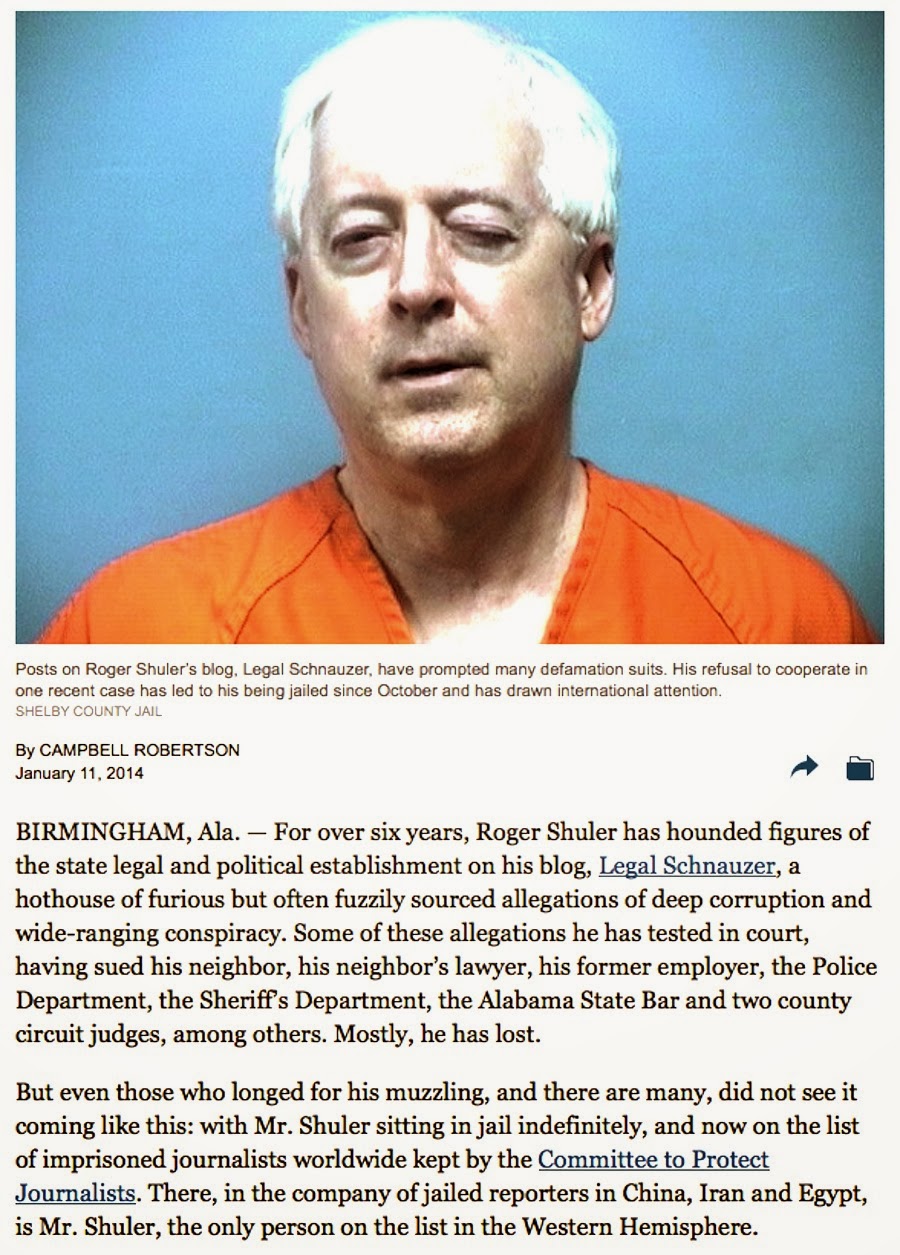 I guess I have to stop calling Chris Christie a ratfucker and I guess we have to put the fee-fees of people who lie, cheat, steal and grift their way to prominence. I guess it's all over for political blogging.

I remember admiring his work on Legal Schnauzer and how he covered a lot of the local issues in Alabama. When Governor Don Siegelman was railroaded into prison for being a Democrat, Shuler was all over that story as well. What the New York Times story misses is the fact that putting Siegelman in prison was a Karl Rove ratfuck of the highest order. Siegelman was taken out of office specifically because he was a Democrat in the state of Alabama--nothing more. His crimes? Someone donated money to his campaign and then the government did something indirectly that favored them. If you took the standard applied to Siegelman and applied that to every politician in America, you'd have to build a dozen new Federal prisons a month to house them all.

Shuler is guilty of being a gadfly and a pest to people in power. This is why bloggers really are journalists at heart--they comfort the afflicted and afflict the comfortable. They kick up, not down, when they're doing it right and Shuler had to have been doing it right. There would be no other reason to put him in jail, would there?
on January 12, 2014