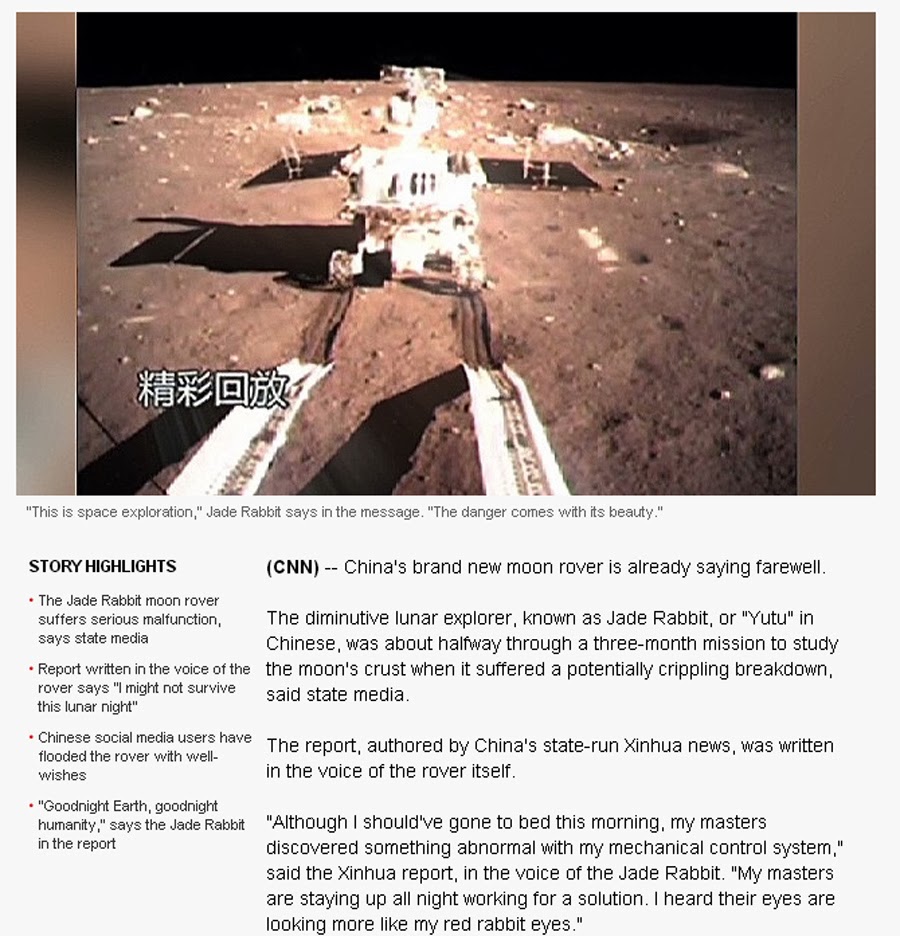 The Jade Rabbit is the Chinese rover sent to study the moon. It was supposed to last for a few more months but it has shut down and said a heartfelt "goodnight" to the people of Earth. In other words, the damned thing has quit working.

This is all being handled with the weirdly poetic (and probably poorly translated) prose of the Chinese space agency and the press handlers that are trying to put a positive spin on the demise of this expensive piece of hardware. To my way of thinking, when a totalitarian government tries to work with poetry and human emotions, it all comes out sounding like someone has been allowed to empty their bizarre ideas into exactly the wrong forum for discussion.

Perhaps I am expressing a preference for the hard-assed coldness of NASA, which abandoned anything imaginative two generations ago, but still. The Chinese are being rather strange about their contribution to the space junk race.
on January 27, 2014