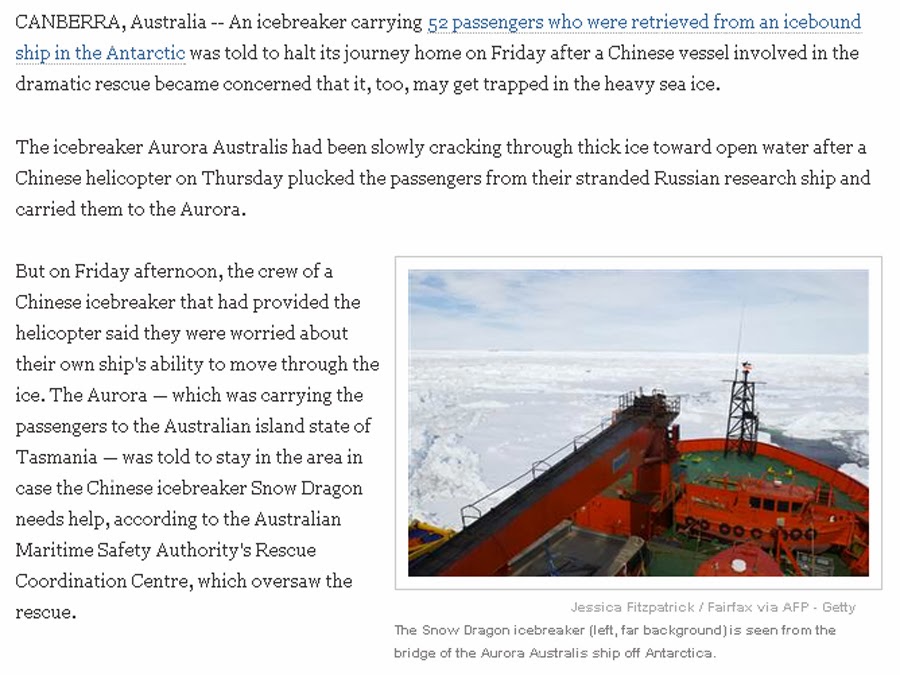 I've been following the story of the various icebreakers, research ships, and whoever else is stuck in the ice off the coast of Antarctica for over a week now and I never see answers to the one question that I have:

Is any of this worth risking lives over?

As soon as it became apparent that there were going to be issues, why didn't they just get the people out of there and head home until the Southern Hemisphere's version of warmer weather arrives? Leave the damned thing there and come back and get it later.
on January 03, 2014