Sheriff Joe Arpaio is Ignorant of the Law 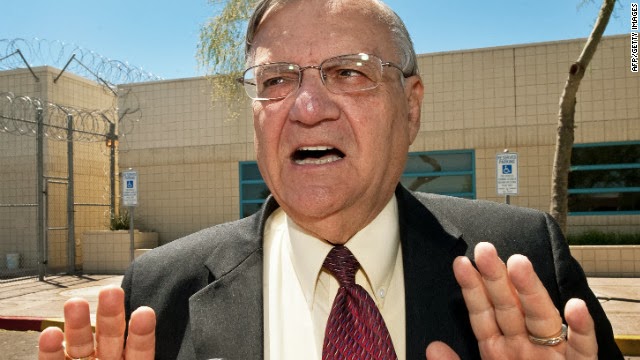 This is the stupidest shit ever.

A diet of bread and water is the punishment for dozens of Arizona inmates who allegedly defaced American flags placed in their jail cells.

The 38 male inmates are part of the Maricopa County jail system, which is under the control of controversial sheriff Joe Arpaio.

For their alleged unpatriotic acts, the sheriff said Thursday, they'll survive on bread and water for seven days.

"These inmates have destroyed the American flag that was placed in their cells," Arpaio said. "Tearing them, writing on them, stepping on them, throwing them in the toilet, trash or wherever they feel. It's a disgrace ... this is government property that they are destroying, and we will take action against those who act this way."

Forget the First Amendment, which guarantees the right of anyone to wipe their ass with the American flag. Forget the common sense needed to comprehend a world where this man can get elected to anything and keep his job. I mean, duh.

Excessive bail shall not be required, nor excessive fines imposed, nor cruel and unusual punishments inflicted.

This is the world we inherited and it gets dumber every day. As soon as someone starts waving the flag, or the bloody shirt, or their tattered copy of the Constitution, you can be rest assured that they don't know the first thing about anything.
on January 24, 2014
Email ThisBlogThis!Share to TwitterShare to FacebookShare to Pinterest
Labels: Commentary, Common sense, Credibility, Editorial, Government, Justice, Law, News, Opinion, Politics