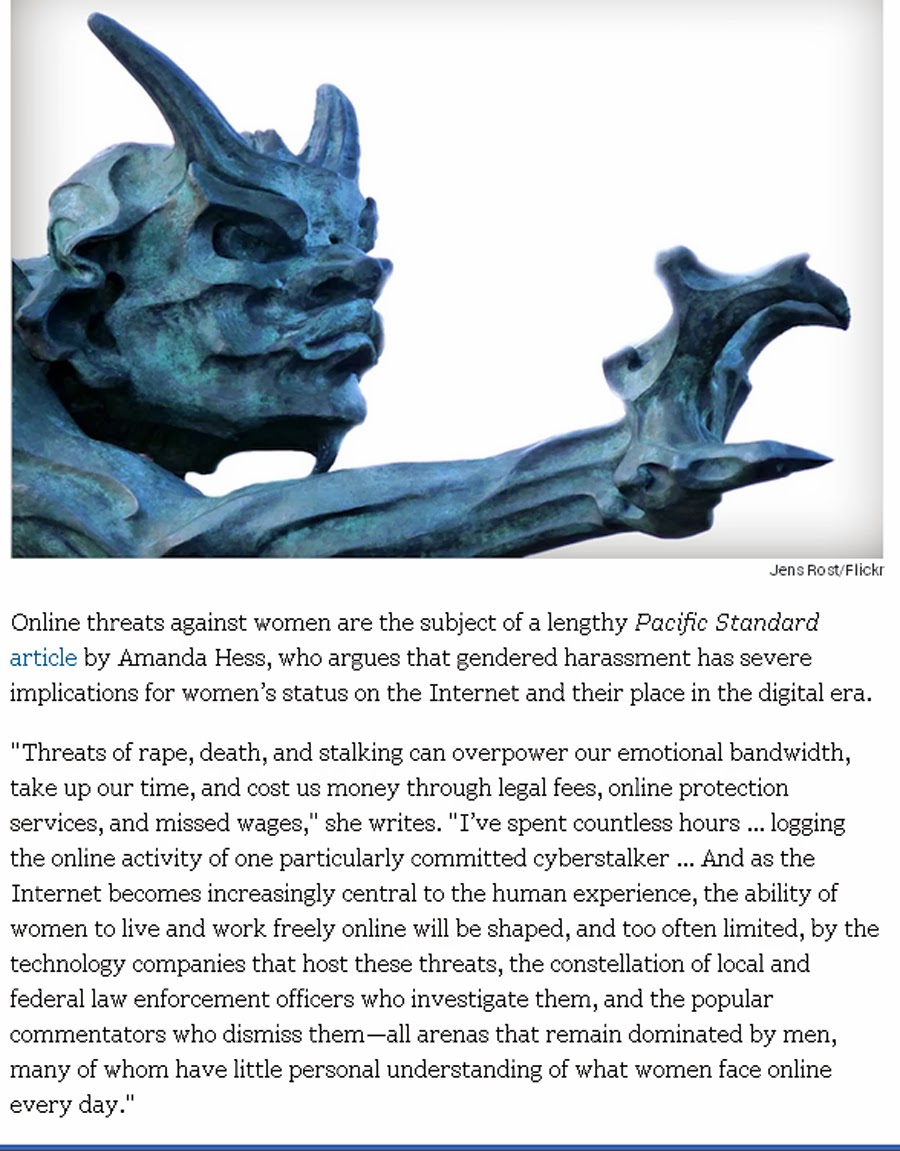 Conor Friersdorf is right about something on the internet, so the trolls will have to wait.

First, he is correct that the misogynists who say horrible things to women have driven them from the national discourse. There are far too few women who blog and engage in online activities. It's inherent upon anyone who engages in discussions online to shame misogynists and call them out for what they do.

Second, he is absolutely right about Megan McArdle.

Then I guest-blogged for Megan McArdle. At the time, she was employed here atThe Atlantic. My stint running her page while she vacationed included the keys to the blog's inbox. Even as someone who'd previously blogged about immigration in California's Inland Empire, fielding insults and aggressive invective as vile as any I could imagine, I was shocked by a subset of her blog's correspondence.

While I would agree that she should not be subjected to misogyny, a lot of that stemmed from the fact that she had a high profile position writing about things about which she knew nothing. There's no excuse for vile commentary, however. McArdle angered people to a great extent, so the misplaced vitriol should have been properly handled by her employer. They should have known that it would take special effort to protect her from what was said to her in private correspondence because they were already heavily moderating her comment threads.
All employers should protect their employees from that kind of hatred. Using sexist language and violent threats should result in people taking actions to protect their employees--and shaming or filing charges against people who engage in this activity should not be confused with censorship or attacking free speech.
The attacks on her ideas should have been directed at her was due to her inability to see beyond her own privilege, her own ideology, and her inability to do basic math. They should never have involved misogyny. The Atlantic kept her employed well past her expiration date as a commentator or pundit on matters well out of her intellectual depth. If she had been a man, her stupidity would have been just as evident to all.
on January 08, 2014