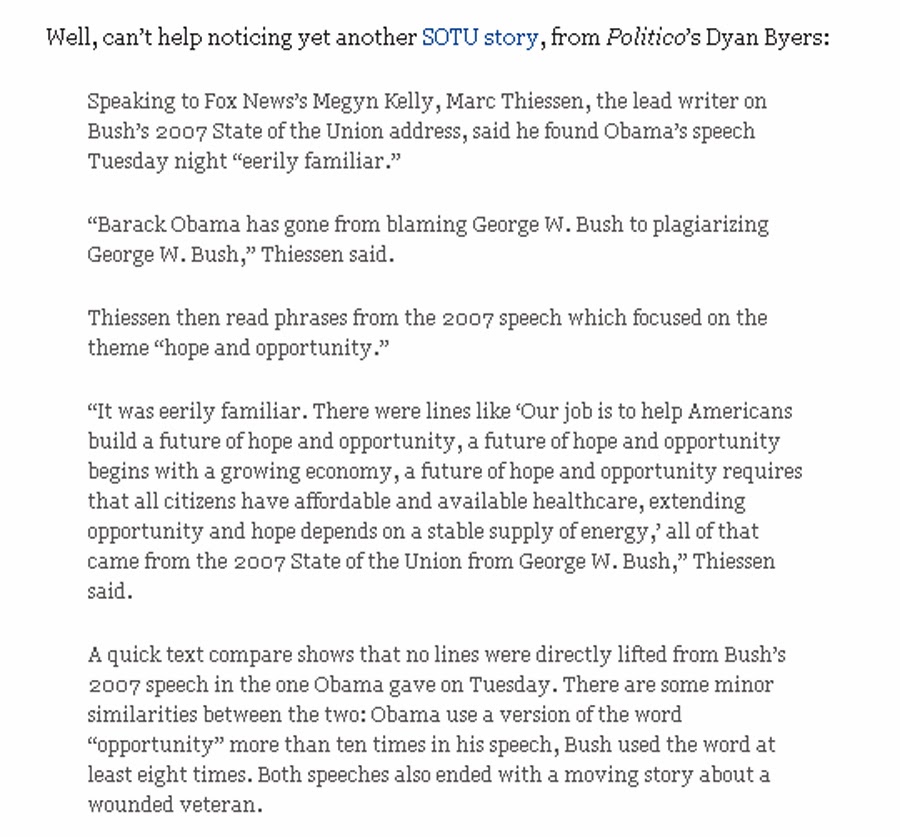 Ed Kilgore has a good laugh at Marc Thiessen's expense.

Thiessen, one of the most inept speechwriters ever and a liar to boot, made the spurious claim that President Obama's State of the Union Speech last night plagiarized the 2007 State of the Union speech given by President Bush. The problem is, the same themes and the same hopes have not changed, thanks to the research done by focus groups, and that's all you need to know about that.

We are living through a period of slow growth, rampant unemployment, and overall, I would say that these are shitty times. People are locked in place and cannot move up or out. Nobody has any money but everything is more and more expensive. And, dammit, we needed health care reform and didn't get it until President Obama became Hitler and a black man at the same time and gave it to us over the bodies of brave Tea Party warriors (who are now whoring themselves out to anyone who will pay them to say and do ridiculous things).

The President's speech was a good one but it won't warm the hardened hearts of the men and women who are locked into their own delusions of adequacy and competence. We are going to have break through this logjam somehow, and the President has the right idea. He really does have to go it alone; the opposition is disloyal and insane.
on January 29, 2014