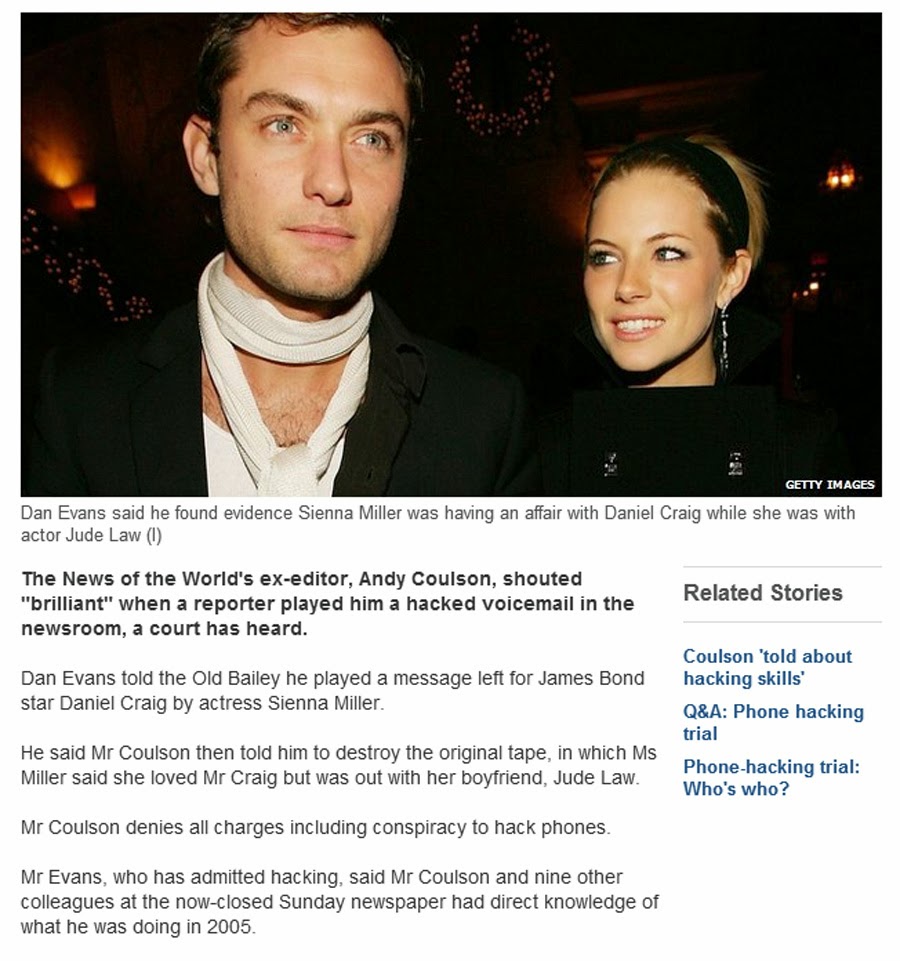 Jude Law is having his day in court over painful and personal matters. And his day in court is sending shockwaves through the British legal system. He has, for all intents and purposes, appeared at the epicenter of the illegal phone hacking carried out by employees of Rupert Murdoch's newspapers in Great Britain. The ethical breaches alone have been front page news for years. Now we begin to see how tawdry the details were and how these people operated without any regard for the law.

The part of this that matters is the fact that Law was working in the United States when journalists were trolling through his personal life, trying to find tabloid material. Law's case, then, is going to likely expand the inquest into the realm of U.S. law. If someone can go after Murdoch in the states, they can accelerate the destruction of News Corp through litigation.

Law should receive a massive settlement for that they did to him. His star may have faded but the outrage over what was done should not fade at all.
on January 28, 2014