John McCain is the Living Parody of a Senator 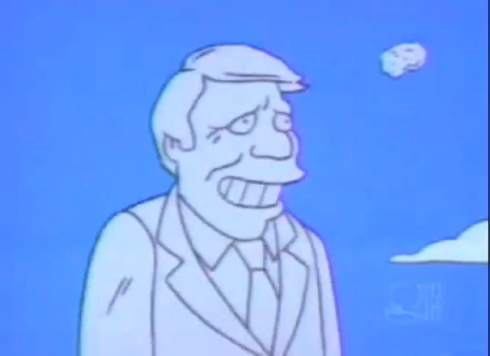 Grandpa Simpson John McCain had this to say:

Sen. John McCain, R-Ariz., on Tuesday decided to add a little more oomph to his running criticism of how President Obama has handled the ongoing turmoil in Syria.

“I have never seen anything like this in my life,” McCain told Phoenix radio station KFYI-AM while discussing the president’s policy on Syria. “I thought Jimmy Carter was bad, but he pales in comparison to this president, in my opinion.”

Comparisons to the unpopular Carter administration were rampant during the 2012 presidential campaign season. Republican nominee Mitt Romney and his running mate, Rep. Paul Ryan, R-Wis., tried continuously to point to anti-American unrest in the Middle East as a rebirth of the late 1970s.

That would be the same Jimmy Carter who negotiated decades of peace between Egypt and Israel. We can't simply point to the fact that McCain is always on the wrong side of history or that, under President McCain, we'd have ten million men and women in uniform and we'd be clawing our way through seven wars at once. What's a little bloodshed when you can be the most ridiculous Senator still living?
on January 24, 2014