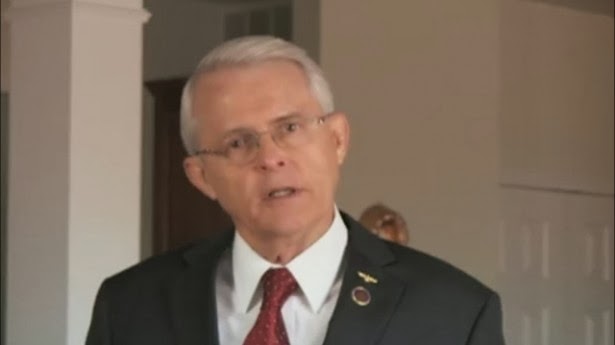 If Dick Black is talking about rape, it means he's getting ready to run for President or something like that:

After losing all major statewide races to Democrats for the first time in 24 years, Republicans in Virginia are pushing to replace a moderate GOP congressman with a candidate so conservative that he doesn’t even believe that spousal rape should be a crime.

On Wednesday, Mother Jones pointed out that state Sen. Richard H. “Dick” Black, who is running to take over retiring Rep. Frank Wolf’s seat, had fought against making spousal rape a crime because the woman was “sleeping in the same bed, she’s in a nightie.”

Democrat Shawn Mitchell had uncovered the 2002 video of Black talking about spousal rape for an attack ad during the 2011 campaign for Virginia state Senate.

“I do not know how you could validly get a conviction of a husband-wife rape, when they’re living together, sleeping in the same bed, she’s in a nightie and so forth,” Black says. “There’s not injuries, there’s no separation or anything.”

The more the Republican Party sends out old, confused men to talk about rape, the harder it is to fathom how we got to this point in American political discourse. The war on women continues unabated.
on January 15, 2014