A Shooting at the Columbia Mall 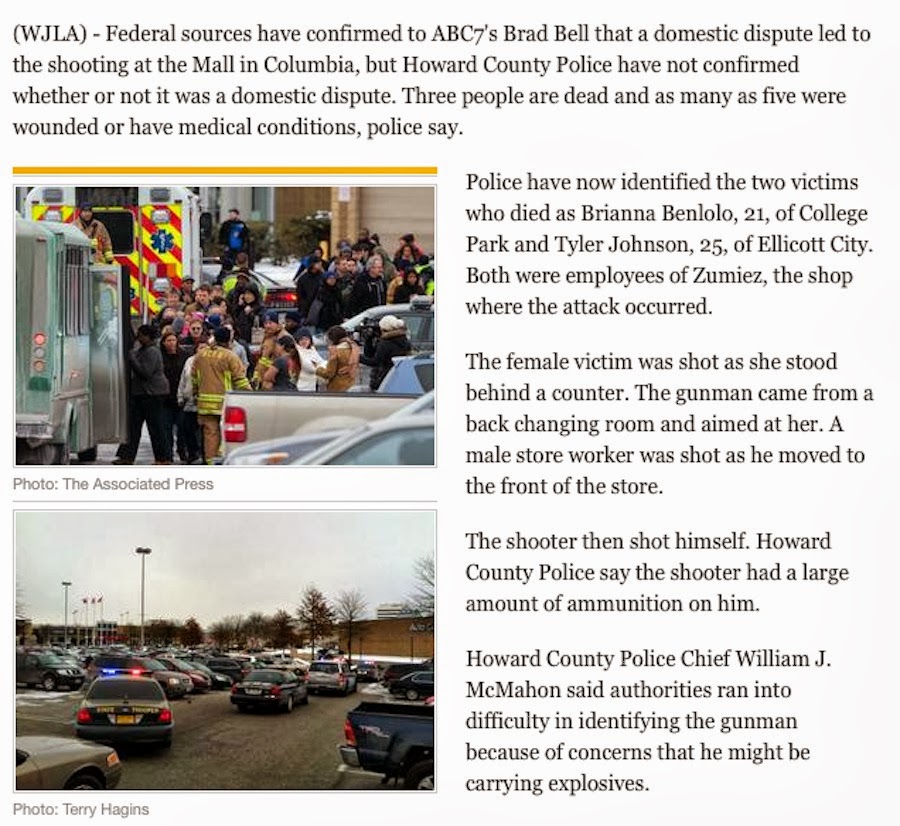 I don't have a lot to add--the shooting today at the Columbia Mall here in Columbia, Maryland has rattled a lot of nerves. The loss of life in any senseless shooting is a tragedy. Well, tragedy arrived in the neighborhood today. I was last in that area Thursday night--right where the shots ended up and right near the skate shop where it all happened. What a horrible day for the families.

The fact that this was some kind of a domestic dispute or unrequited love that was solved with a shotgun is what makes this such an awful thing. We've seen the photos and the chaos--we were not caught up in it today but a State Patrol car went flying past us before we knew what had happened. No one really has any gun control solutions for shotguns--you can buy them at Wal-Mart, I believe, and anyone who advocates for gun control usually excludes them from consideration. I am not going to say anything about gun control because America, fuck yeah and all that.

The thing that signifies these events are the helicopters. I believe there were at least two medivac type helicopters right after this happened--I was walking in the neighborhood with the dog. So far, over six hours after the incident, I've counted five of the news helicopters, and they are hovering over the mall, in the dark, giving the networks and the local news stations and the cable stations their obligatory live shots.