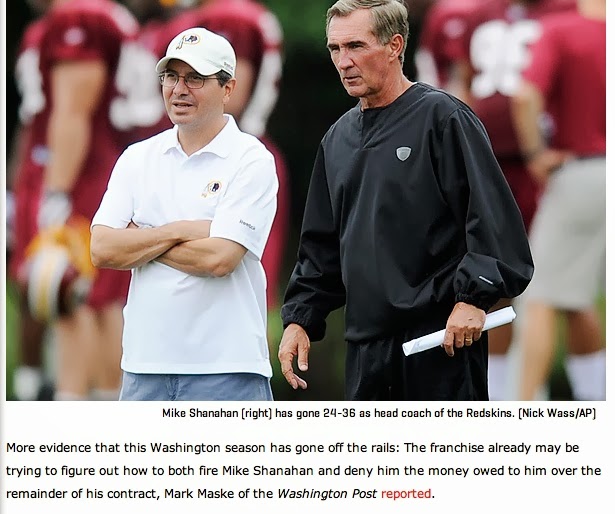 The team that plays in Washington D.C. and enjoys elite status as a billion dollar NFL franchise? It's the worst ever.

It was Daniel Snyder's idea to fire the last coach--and the five or six coaches before that--and bring in the Shanahans. It was an idea and a move entirely his own. And now what?

The new coach of the team will be Lane Kiffin. If not Kiffin, then someone else will parachute in and sign a deal worth millions. This will lead to losses, griping, failure and high draft picks that won't pan out. A lot of NFL players base their career moves on arriving in Washington just so they can get paid and do nothing.