What Used to be Crazy is Normal Now 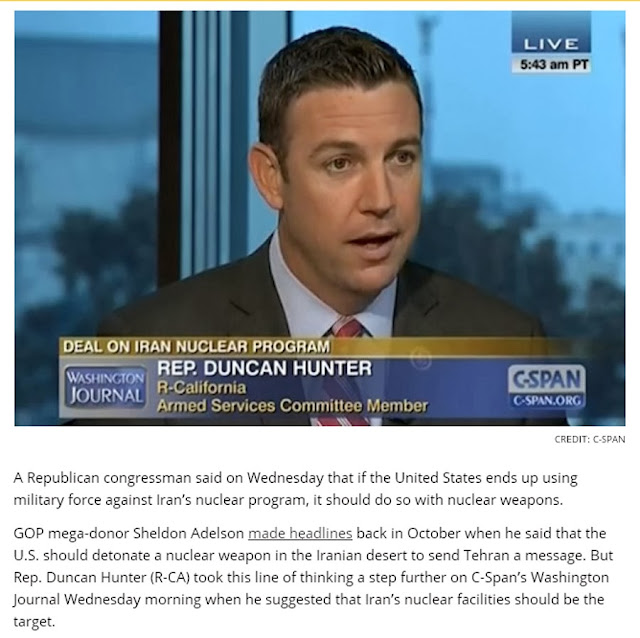 There was a time when saying something like "let's use a tactical nuclear weapon to solve this problem" meant being laughed out of a room or fired from your job or voted out of office. That is no longer the case. Our foreign policy establishment is irrelevant and senile.

What has vanished is the line between dumb and capable. Saying you would use a tactical nuclear weapon to resolve anything is dumb. Saying that our options should not be limited and that we have to give diplomacy a chance before we bomb the living shit out of some brown people is still somewhat capable. Hunter passed the test of being a modern Republican: speak now, say it like you mean it, and pick your jaw up off the floor when no one calls you a batshit crazy loon.

It's a shame that Representative Duncan Hunter had to be crazy in his application of American diplomatic and military power. The Republican Party desperately needs Veterans who can right the wrongs of the last decade or so and start supporting Veterans issues. Hunter wants to bomb everyone, throw nukes at the problem, and create another million broken, neglected war Veterans that his party can turn their backs on.
on December 04, 2013