We Need to Get Out of the Nation Building Business 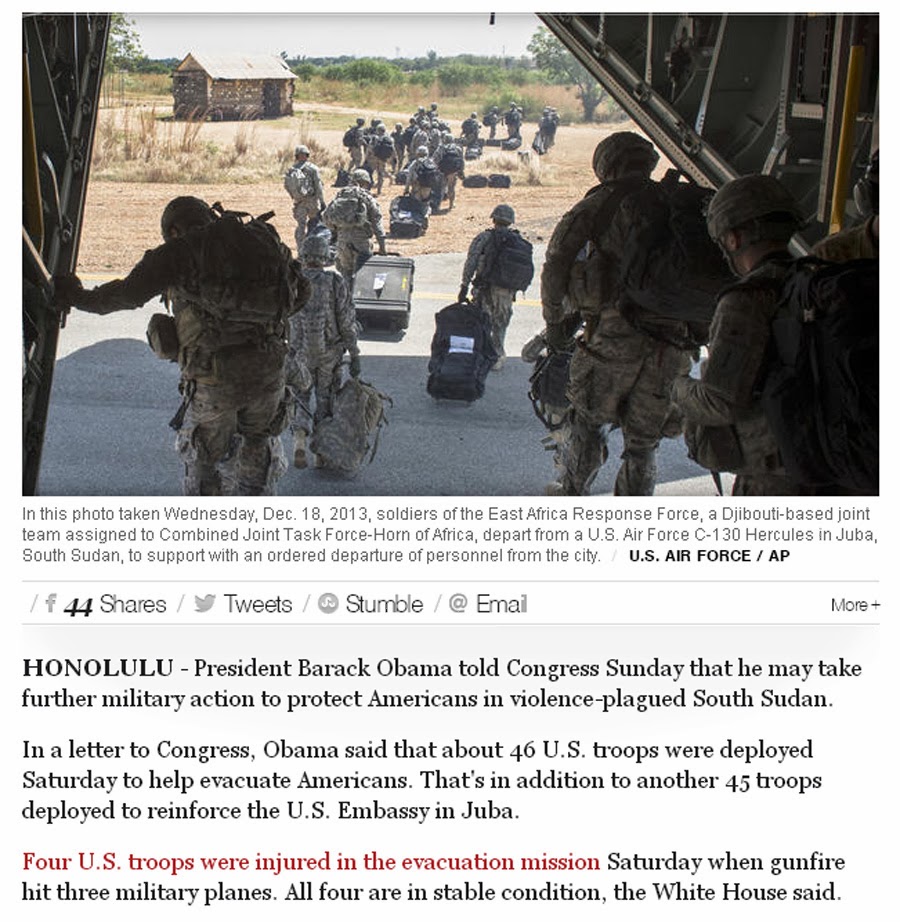 I hate to throw cold water on all of this, but we really do need to get out of the nation building business, and fast.

No matter what happens in South Sudan, the inescapable fact is that the people of that country have to build their own nation. If they are plagued by lawlessness and predatory militia forces, then the young men of that country who want to build a nation have to go and fight the bad guys. I'm less against giving them guns, more against putting U.S. troops on the ground, but I can't help but point this out--introducing more guns into the region would further destabilize things.

This is not where we want to start pouring troops. Do we even have a Congress anymore? What possible input could the Congress we have right now provide? Next to nothing, I'm afraid.
on December 23, 2013