Ukraine Turns to the West 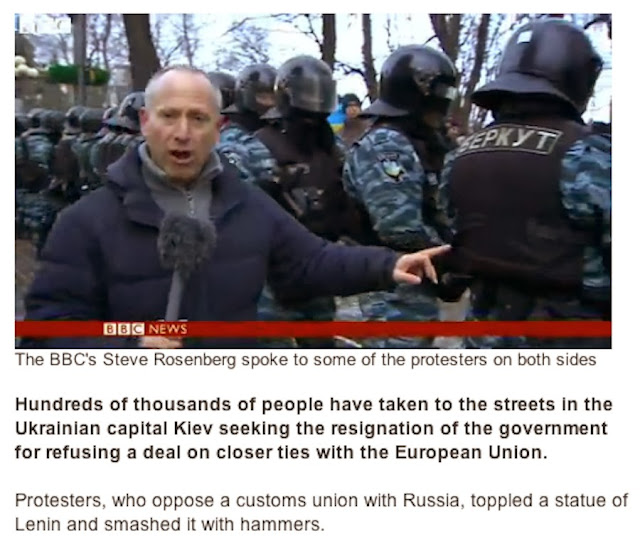 There are a number of things happening in Eastern Europe right now. Ukraine is trying to align itself with the euro countries and turn its back on Russia, which is a smart thing for economic reasons but a dangerous thing for political reasons. There is no desire to see Russia become "Russia" again and no one much likes to live under Putin's heel.

Russia needs Ukraine as a cheap and friendly conduit for energy products. The more favorable the Ukrainians are, the cheaper it is for Russia to export critical things like natural gas to Europe. The problem is, Ukrainians hate their combined history with Russia and politicians who downplay such things run the risk of being consumed by the corruption that Russia is using to buy favors.

My first reaction to this was, why is there still a statue of Lenin in Kiev?
on December 08, 2013