The Things We Leave Behind 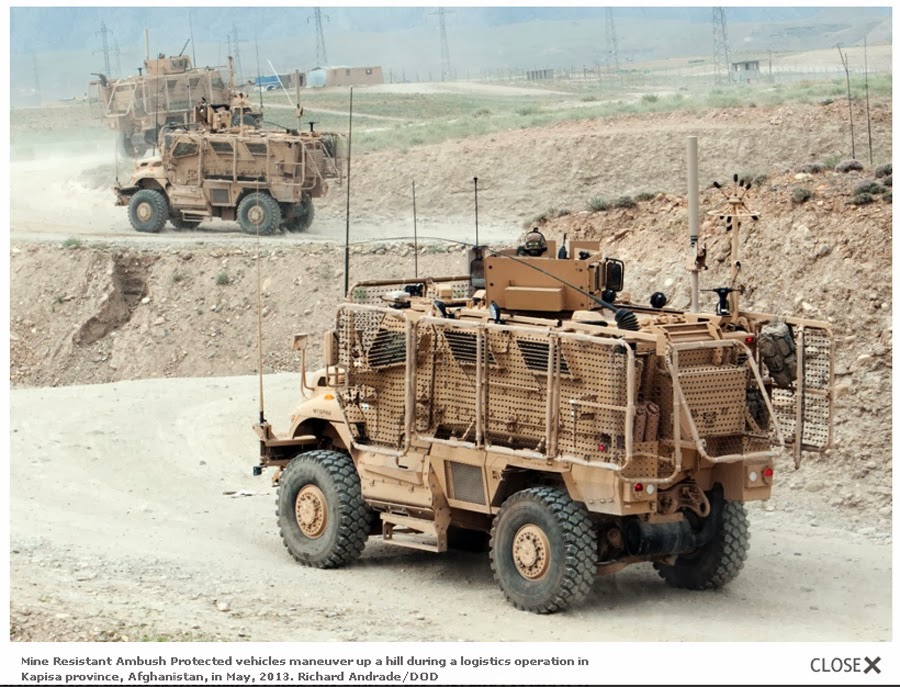 When we went to war with the Army we had, and not the one we desperately needed, billions were spent in a mad frenzy to get the troops a vehicle that would get the war off of the front pages. Turns out, we screwed the pooch coming and going:

Faced with an epidemic of deadly roadside bombs in Iraq and Afghanistan, U.S. military officials ordered up a fleet of V-hulled 16-ton armored behemoths in 2007 to help protect American soldiers and Marines.

At a cost of $1 million each, the ugly tan beasts known as MRAPS have saved countless lives and absorbed or deflected thousands of insurgent bomb blasts in teeming cities, desert flats and rutted mountain roadways. The lumbering vehicles are so beloved that soldiers have scrawled notes of thanks on their armor.

So why would the U.S. military suddenly start chopping up as many as 2,000 of the vehicles and selling them as scrap? After all, just six years have passed since high-tech MRAPs were developed and 27,000 of them cranked out and shipped in a $50-billion production blitz.

As it turns out, the Pentagon produced a glut of the mine-resistant, ambush-protected trucks. The military brass has now calculated that it's not worth the cost of shipping home damaged, worn or excess MRAPs to bases already deemed oversupplied with the blast-deflecting vehicles.

All along the way, there is one fact that is evidence: we went to war without thinking of the logistics. We ended up fighting enemies who used hidden bombs to snipe at us and we insisted on "security operations" as a normal, day to day method of dealing with insurgency tactics. Instead of fighting a war we could win with what we had, we have abandoned thousands of expensive vehicles because the war we got was the one we couldn't win in the first place.

The next time someone starts talking about how we should bomb those people or invade that country, slap them really hard and point out the fact that, without logistics, we're not going anywhere.
on December 27, 2013