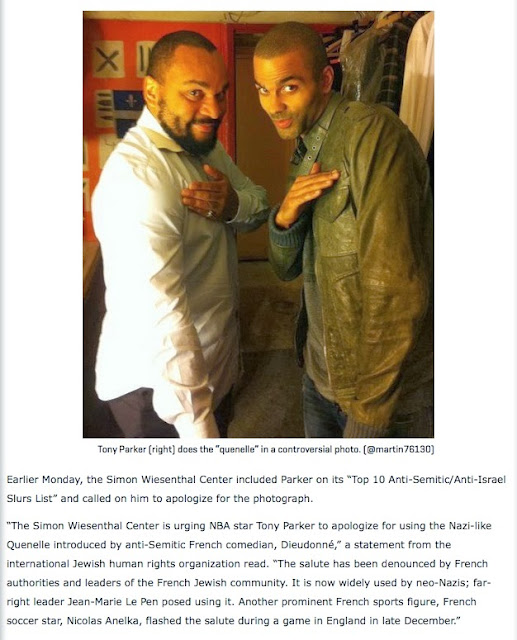 Spurs guard Tony Parker apologized Monday after he drew criticism for a photograph depicting him flashing the “quenelle” gesture, a French hand signal that is said to represent a reverse Nazi salute.

The five-time All-Star and longtime French basketball captain said in the statement that he was unaware of the gesture’s anti-Semitic implications when he was photographed doing the “quenelle” alongside controversial French comedian Dieudonné M’bala M’bala, who has been prosecuted and convicted on multiple occasions for anti-Semitic remarks in France.

I don't buy Parker's apology and I don't understand how stupid people can be. If you are going to give an arm salute like that, learn what it means.

Anti-semitism runs throughout European culture. Dieudonne is a practitioner of hate, and it makes him a living in France. He's far from being alone.