The Projection of Power 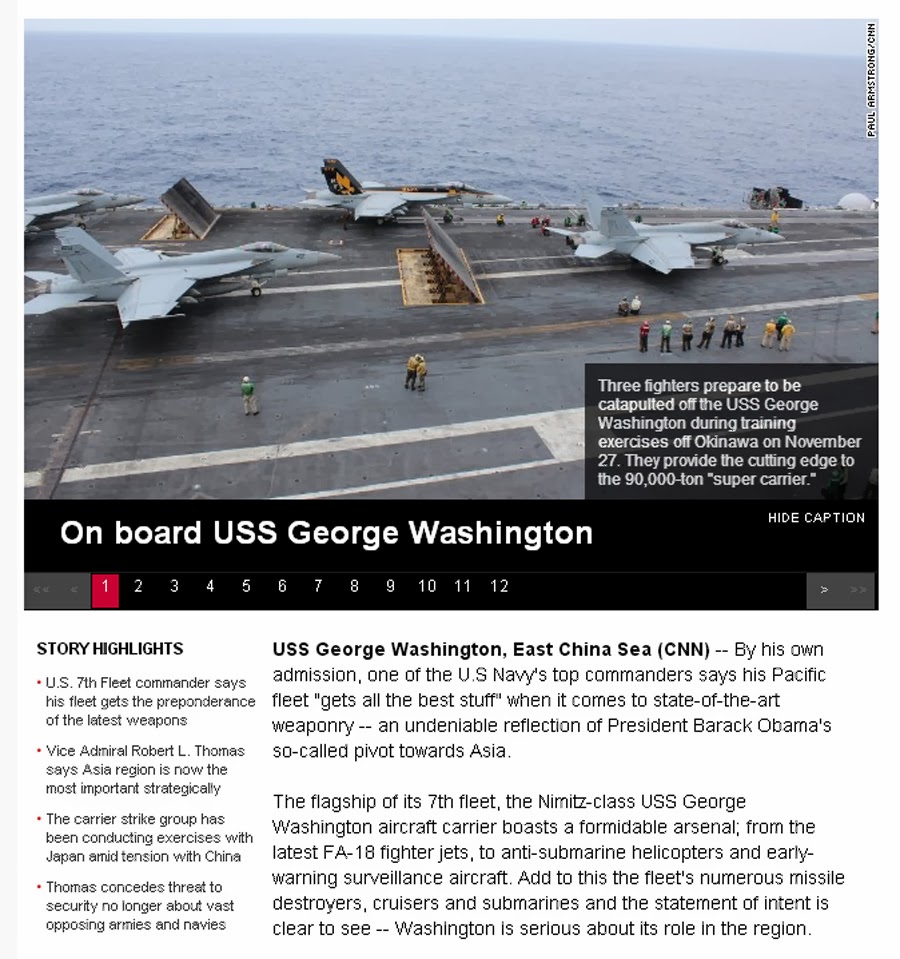 What will America do when the aircraft carrier becomes obsolete?

If there was a major conflict in the world with a nation/state that possessed a credible blue water navy and the means with which to destroy an American naval ship, what role would the aircraft carrier play in it if it could not safely be deployed? It would be a "peacekeeping" ship, unavailable for major conflicts. America would have to find a way to project power in another fashion.

The surface to ship missile industry must be booming in China right now. They have to be desperate to erase the advantage that the United States has in terms of being able to send aircraft carriers anywhere in the world with the firepower to back them up.

But here's the problem with the idea that the Pacific region is our major priority:

Thousands of Ukrainian protesters on Monday blocked entrances to the government building and called for the ouster of the prime minister and his Cabinet, as anger at the president's decision to ditch a deal for closer ties with the European Union gripped other parts of the country and threatened his rule.

The besieging of the building follows a huge rally in the capital by hundreds of thousands Ukrainians on Sunday, which was mostly peaceful, until a group of protesters tried to storm President Viktor Yanukovych's office. After hours of scuffles, police chased protesters away with tears gas and truncheons.

It was a violent police action against protesters early on Saturday that has galvanized the latest round of protests whose aim is to bring down the president and his government.

We have gutted our presence in Germany (I have seen the bases that were formerly sprawling and covered with Americans turned into ghost towns). The ability to stabilize the European region comes from the force that is already projected onto European soil. The logistics capability is still there--America has a footprint that rivals everyone else, despite the fact that thousands of Americans have been reassigned elsewhere or organized out of existence. But the influence that a major combat command in Europe, combined with NATO, is something that has been played out from overuse in Afghanistan.
If Ukraine becomes destabilized and violent, our focus should return to Europe. It will have to return to a concern for European stability because it would be unthinkable to allow Europe's largest nation, area wise--Ukraine, not Germany--turn into a failed state.
on December 02, 2013