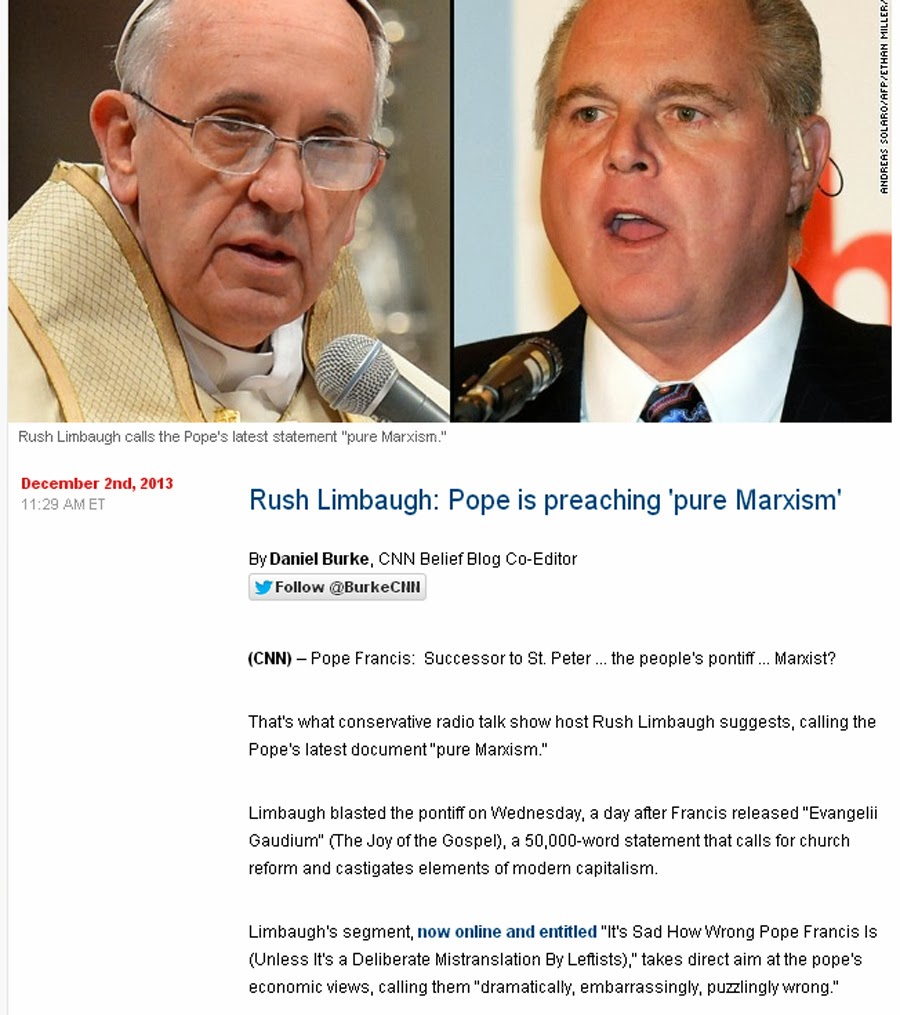 Pope Francis isn't even being that controversial, when you think about it. How is what he's saying any different from anything else ever said by a Pope about the poor?

Faced with the tragic situation of persistent poverty which afflicts so many people in our world, how can we fail to see that the quest for profit at any cost and the lack of effective responsible concern for the common good have concentrated immense resources in the hands of a few while the rest of humanity suffers in poverty and neglect? Our goal should not be the benefit of a privileged few, but rather the improvement of the living conditions of all.

It's as if someone woke up one day and forgot all of history.

Pope Francis and his words are interchangeable with what Pope John Paul II had to say. The problem is, he is running afoul of American conservatives who believe in the exceptional qualities of our own form of greed, which perverts the rule of law and has created a permanent underclass. Theirs is the least Christian movement in the history of man to consider itself holy and religious at the same time as it preaches against helping the poor. Anything that reminds a person like Limbaugh of their own failure to be Christian, to be humble, and to be decent and respectable has to sting like hellfire being thrown at their genitals.
on December 02, 2013