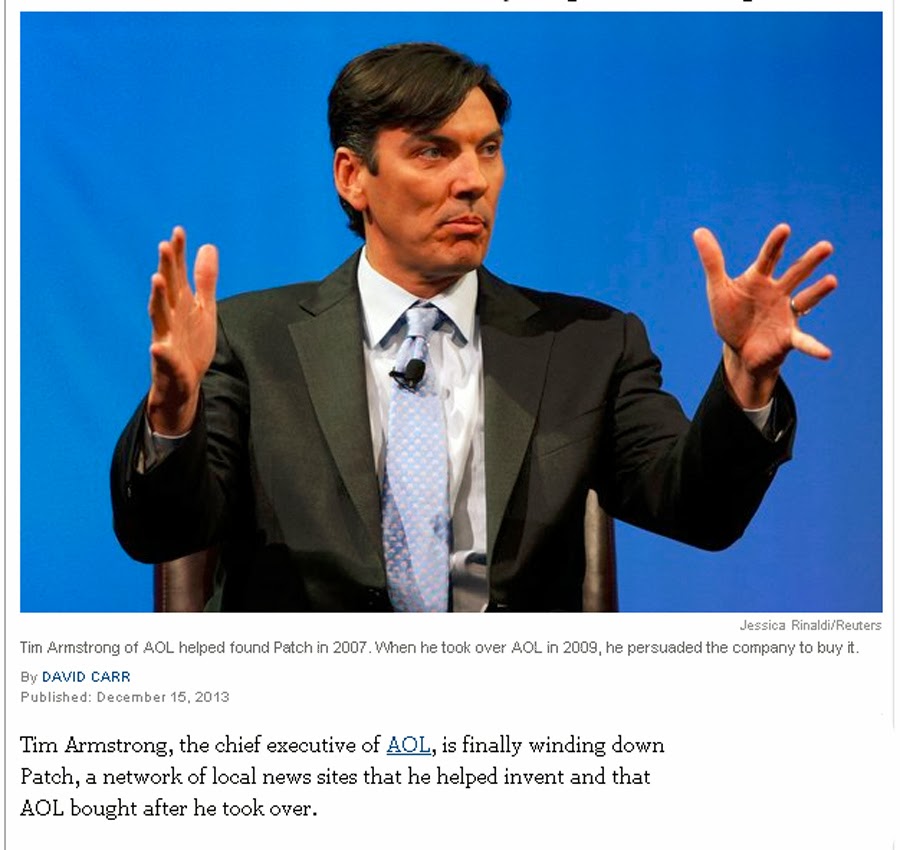 David Carr says that, despite all of the bluster, Patch is all but dead.

What started out as a noble experiment ends up being a cautionary tale for trying to do something--anything--at the local level with respect to news and reporting. There are whole communities that are simply not served by newspapers and media outlets. Patch was supposed to localize and serve. Instead, it drained money from a company that still collects America Online fees from the credit cards of Americans who haven't figured out that they don't have to pay for AOL. Very sad.