I Disagree With This 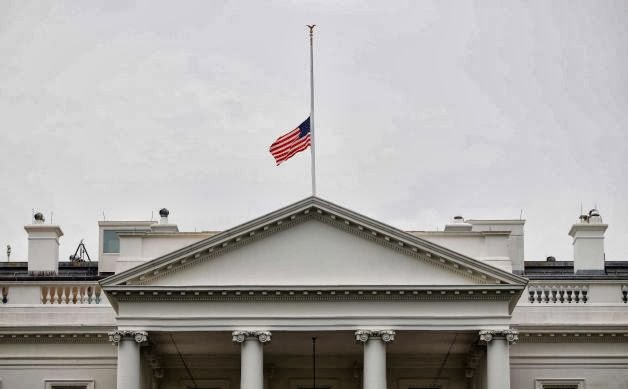 I think that we should honor Nelson Mandela and I think it is more than appropriate to remember how Ronald Reagan and Dick Cheney (and most conservatives) were absolutely wrong about him. But this is wrong:

Word of Nelson Mandela's death spread quickly across the United States, bringing with it a mix of reverence and grief for a man who was born in South Africa but in the end belonged to the world.

President Barack Obama ordered American flags to be lowered immediately to half-staff until Monday in tribute to Mandela, a rare honor for a foreign leader.

We lower the flag often enough as it is. But, to do so for someone who is not an American is inappropriate. This is now a question of Federalism--will the various states comply with this or will there be holdouts in the South?

And there will be the inevitable comparisons to Margaret Thatcher. Ask the Scots how they felt about that.
on December 06, 2013