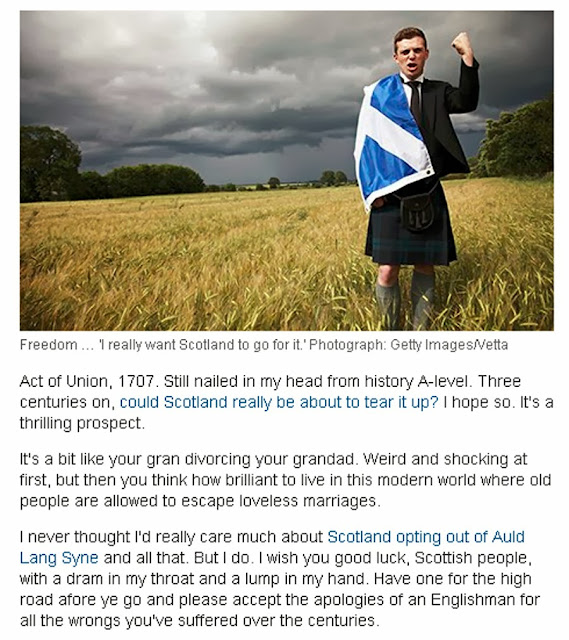 The disaffected north of England wants to leave, too.

If Scotland becomes an independent nation, there are many who will call for the further partition of England. Wales will want to go, too. Northern Ireland probably won't declare independence or join in with Ireland because of the need to maintain a separation of religious entities, but who knows?

My guess is that the vote on Scotland will be overwhelmingly for independence. The money from North Sea oil is too appealing not to allow for the Scots to put up an economic Hadrian's Wall. There are some, though, who want that wall to run through Manchester and allow for the upper half of Britain to go it alone.
on December 03, 2013