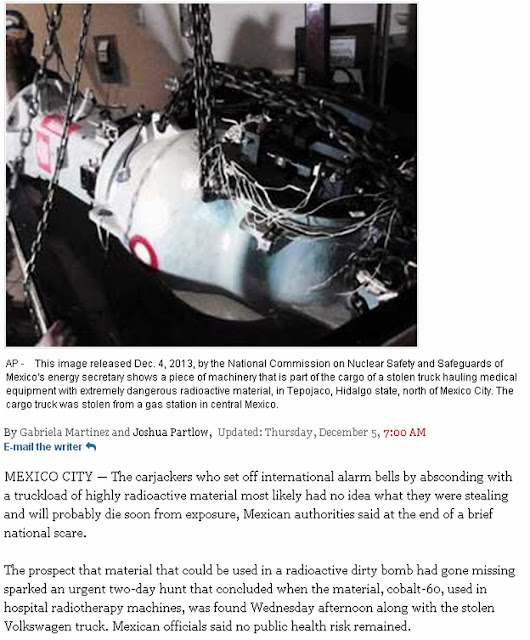 I love the fatalistic, passive aggressive tone that appears in this article. A thief or thieves stole a truck with some cobalt-60 radioactive material in it and they opened the container, exposing themselves to radiation. This is the opposite of what an American official would say:

The cobalt-60 was found, removed from its casing, in a rural area near the town of Hueypoxtla about 25 miles from where the truck was stolen. Jimenez suspected that curiosity got the better of the thieves and they opened the box. So far the carjackers have not been arrested, but authorities expect they will not live long.

“The people who handled it will have severe problems with radiation,” he said. “They will, without a doubt, die.”

Residents of the Hueypoxtla area must be feeling safe and secure right now.
on December 05, 2013