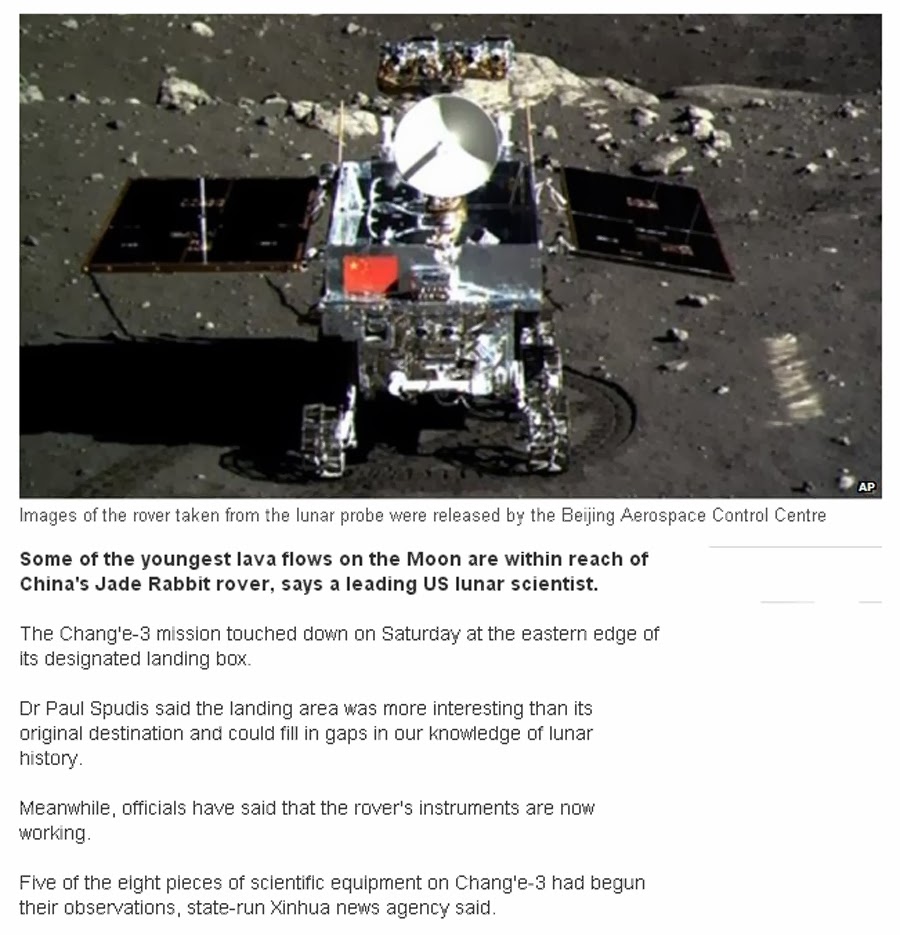 I don't know if the Jade Rabbit is going to paint a red star on the visible face of the moon large enough for everyone to see, but I do know this--America needs to send a rover-eating machine five times bigger than this thing and crush it to pieces. American exceptionalism cannot tolerate a world where the Chinese take possession of the moon and begin extracting moon rocks.

America is home to the most valuable moon rocks. Ours are going to be worthless if the Chinese begin sending them back to Earth by the bucket load. If you think Bitcoins are the wave of the future, think again. Our new currency should be moon rocks. American moon rocks and nothing more, platinum be damned.
on December 16, 2013