Blame the Train in Vain 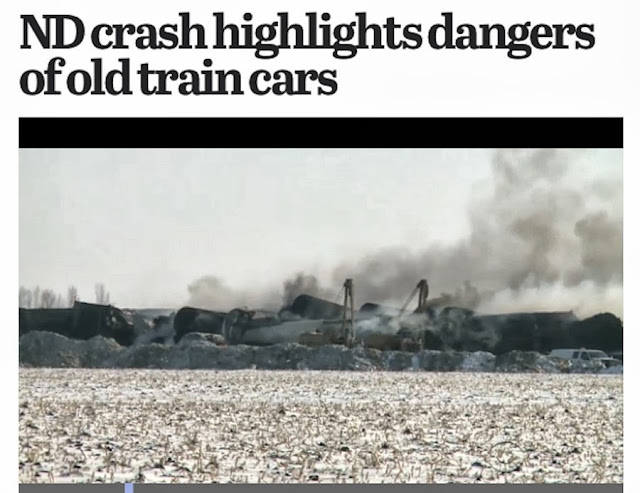 When a train full of crude oil blows up as it is being transported through a residential area, of course you're going to want to blame the trains. That's because you just don't want to blame the fact that short-sighted robber barons are destroying North Dakota's environment by sucking oil out of the prairie and shipping it without doing anything to improve the antiquated transportation infrastructure. It simply wouldn't do to blame the oligarchs. Next they'll blame the luckless people running for their lives.

The problem is, as soon as it became economically viable to extract oil from North Dakota, they opened the floodgates without expanding the railroads, building houses for the workers, and finding safe methods of transporting the oil to the refineries. They just went for it. To hell with what might happen--profit before safety, always, and especially in a Red state.

But, go ahead. Blame the trains. Don't blame incompetence, greed, or a fundamental lack of common sense when it comes to protecting people from the shipment of dangerous materials.
on January 01, 2014