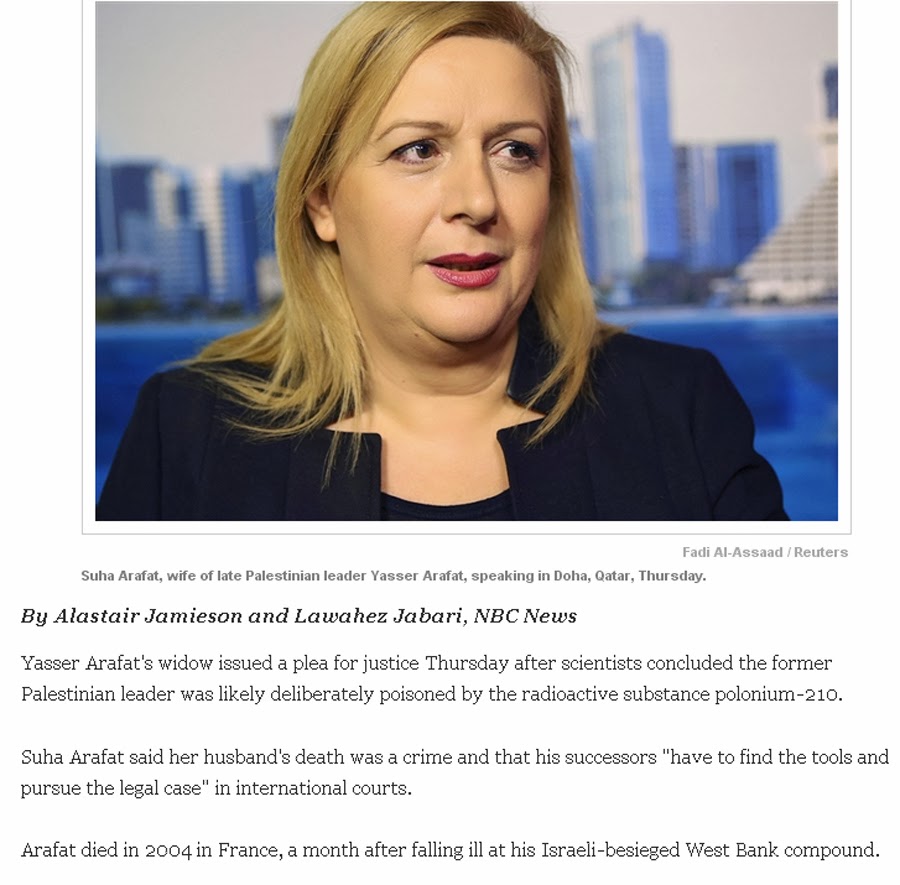 This is one of the savviest public relations moves you will ever see.

When Yasser Arafat died, he left behind quite a pile of money. His family has enjoyed the spoils for almost a decade, and what is so interesting about the appearance of Suha Arafat can be found in the photo above. She is dressed plainly in black, still mourning, and she wears no jewelry. Do you mean to tell me that the exiled widow of a billionaire goes around in black 9 years later without so much as a necklace?

Who cares who killed Yasser Arafat? It was twenty years too late and no one thought to get the money under control before they poisoned him. He was a nuisance, not a leader.
on November 07, 2013