Why Did Steve Martin Get an Oscar? 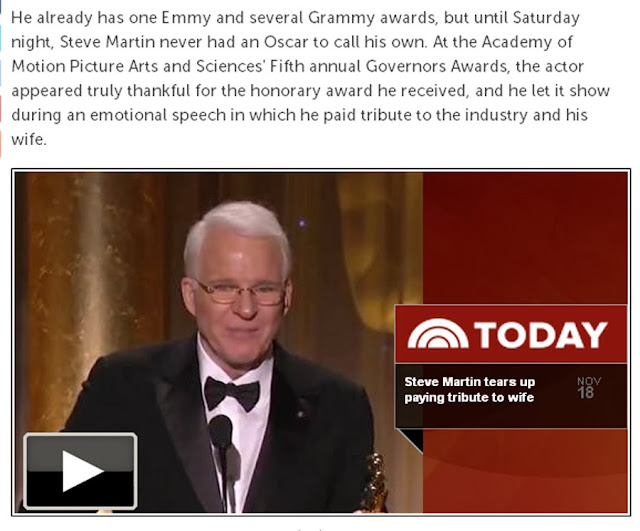 Why did Steve Martin rate an honorary Oscar?

And, before you say anything, let's consider this fact: Alan Rickman, Liam Neeson and Gary Oldman now have fewer Oscars than Steve Martin. Oh, wait. Those guys all come from the British Isles. That shouldn't even count, right?

Steve Martin is a funny man, and he's a talented man, but his films are almost consistent in their mediocrity and his film career has seen a litany of failures and mistakes. Apart from Bowfinger, has he ever even tried to do something ambitious or interesting?

I'm still not getting why you'd give him an honorary Oscar. For which body of work? His?