Virginia is For Lovers of Voter Suppression 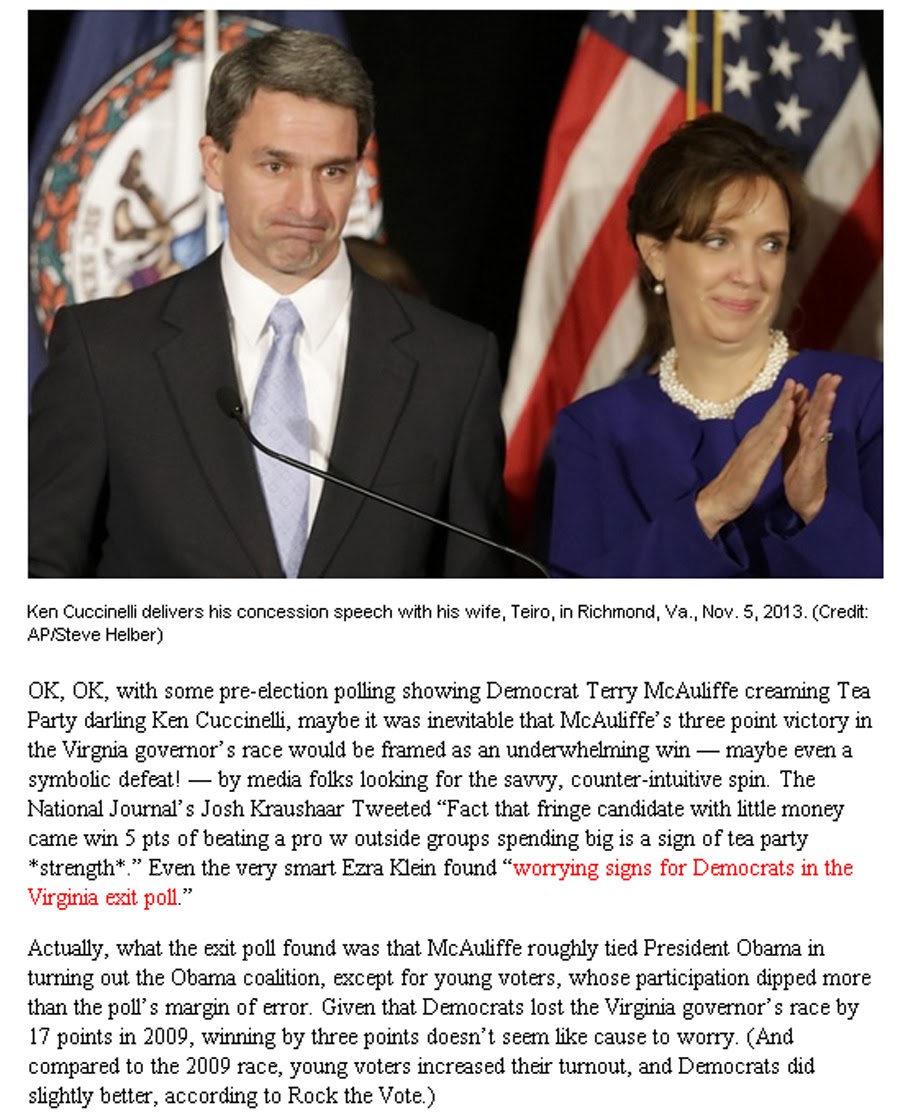 I would tend to agree with Joan Walsh here; Virginia is the beginning of the end of the Tea Party. Moderate Republicans (are there any left?) are going to be able to argue, convincingly, that extremism in the pursuit of higher office is a virtue no one can afford.

If there's anything to learn here, it's that voter suppression and fighting the other side's turnout strategies, is going to help Republicans hold the house in 2014. Not content with Gerrymandering themselves into being a permanent, regional party, the Republicans are going to have to find a way to keep people of color and women from voting. Their rebranding effort amounts to yelling at kids and their grasp of freedom seems largely derived from making damned certain that even the former Speaker of the House can't vote in an election.
on November 06, 2013