This Was Not an Accident 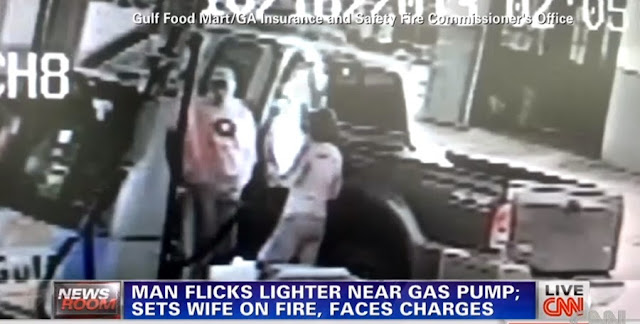 I find it pretty hard to believe that this was an accident.

The jackass you see on the left basically sets his wife on fire while pumping gas and then pulls the handle of the gas nozzle out of his truck--because, after all, the truck is MORE valuable than the wife--and then squirts her with it.

I hope they charge him with attempted murder and reckless endangerment and for being the biggest greasy-hat wearing douche ever.

This was yet another incident of violence against a woman that the media characterized as an accident. Bullshit. He was more concerned with the truck than her safety and that wasn't accidental. That was par for the course.
on November 05, 2013