There is No Such Thing as a Psychic 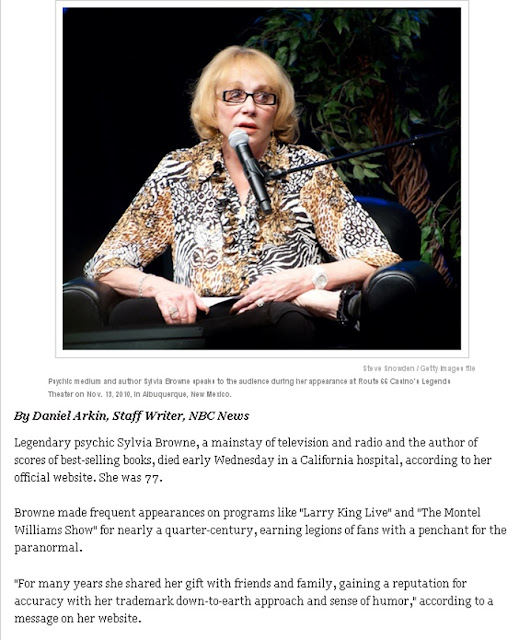 One of the great frauds of the 20th Century has died. There is no such thing as a 'psychic' but there is an endless supply of people who want to believe in bullshit.

When you consider the money that Sylvia Browne has separated from people who are desperate to believe, it's easy to see how a lady could make a living for herself preying on others. There really should be laws against this sort of thing. It really isn't entertainment. It's fraud to claim psychic abilities and abuse the lack of sophistication of others.
on November 21, 2013