The Joke That Is Niall Ferguson 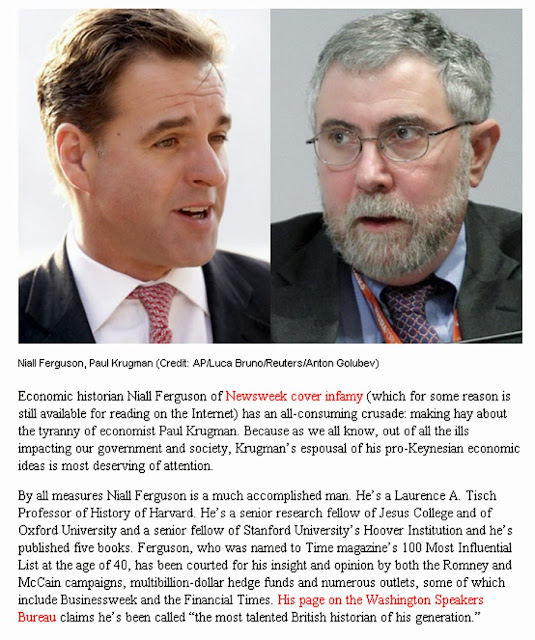 Niall Ferguson is a sad joke of a historian. His works are well on their way to being popular with people who don't understand the difference between for-profit historical works and actual academic history. His attacks on Paul Krugman are nothing more than player hating. His gut, not facts, are what drives his analysis of things. Surely you can't expect him to be wrong when he comes up with fascinating things like this.

Ferguson can't buy the distinction nor the accolades he covets so he has to play courtier to people who lavish him with things that are intended and designed to give him status in the academic world. This is why he's the Laurence A. Tisch Professor of History at Harvard--money, not academic achievement, is what Ferguson is beholden to. He's holding the chair that a billionaire had to pay for. If you saw an actual academic with real credentials, you'd go nuts, too.
on November 13, 2013