The Fall of the Latvian Government 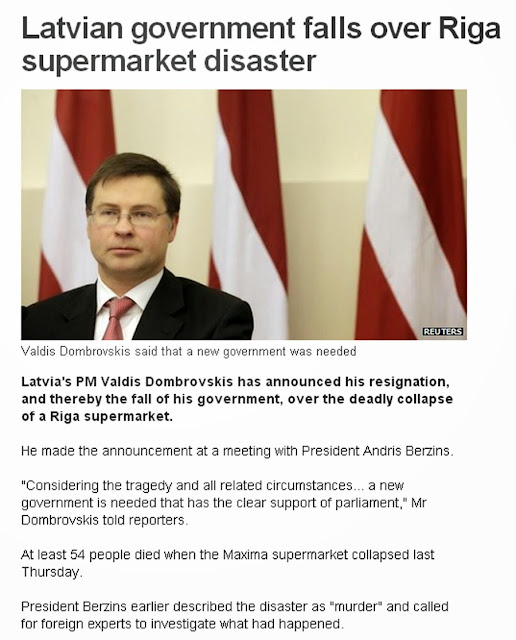 I don't know if there are any parallels in this country, or anywhere else. If you had told me that the tragedy of the collapse of a supermarket in Riga would force the Prime Minister of Latvia to resign and cause his government to fall, I would have asked whether or not he had been the owner of the supermarket or the company that built it.

Valdis Dombrovskis has demonstrated what accountability looks like. Still waiting on the prime minister of Bangladesh to resign, I guess. Sheikh Hasina and Valdis Dombrovskis should avoid doing any photo ops from now on.
on November 27, 2013