The End of Arbitron 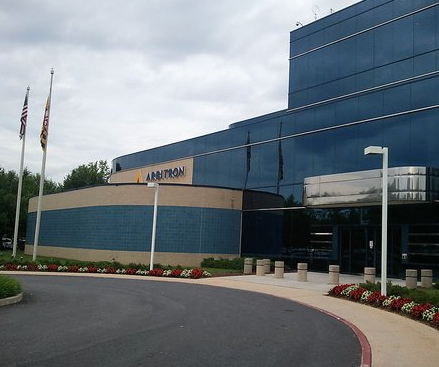 Media ratings firm Nielsen Holdings plans to lay off 333 workers in Columbia — more than one-third of the workforce at what had been Arbitron Inc.'s headquarters — as the two former rivals combine their businesses.

Company officials declined to comment on the cuts but said they are "implementing changes across the company to enhance growth and to align our resources."

I worked for Arbitron for several years, gaining a lot of experience and working with a lot of fantastic people. When I left Arbitron, the company had just weathered the loss of the CEO (fired for lying to Congress) and the implementation of the Personal People Meter device in about 45 markets. Things looked good, and the idea was, it was time for Arbitron to go after Internet ratings and improve the PPM device. That's not going to happen now. To me, it's a lost opportunity for a great American company.
Arbitron was special. It antagonized the radio industry for decades by being honest. The radio industry is now a turnkey operation. That station you used to like? By and large, the radio stations that used to serve communities have disappeared. They are now automated and run satellite programming. Everyone who used to work there, except for a few salesmen, were all replaced by a corporate syndication service in another part of the country. And the people that run it are still mad because Arbitron told them their listeners abandoned them in droves.
There's an inherent problem in this article. Nielsen isn't being honest about what they're doing. Here, you have a quote about who they're letting go:

Here you have a quote from someone being let go:

John Borchers, an employee at the Columbia complex, said he was told his job will disappear at the end of February. That gives him a few months to prepare. His job is in the panel relations division, which works with radio listeners and is among those facing cuts.

Panel relations for radio is a service that Nielsen doesn't have; Nielsen does not deal with radio ratings. You would think that if Nielsen was simply going to reduce all of the redundant positions, it would NOT be forcing cuts in areas like panel relations, which is a position that directly interacts with radio customers.
Mr. Calhoun is, apparently, lying about what's happening. The profitability of radio ratings measurement is at question. Can Nielsen make money from radio? Or is it simply going to profit by wiping out Arbitron and keeping it from making inroads into other areas?
I have no idea. I suspect they are simply going to dismantle Arbitron and keep what they want or write it off and take a loss. They don't seem to be in it to make radio measurement a permanent and viable part of their business model.
on November 18, 2013