Something to Remember About the European Union 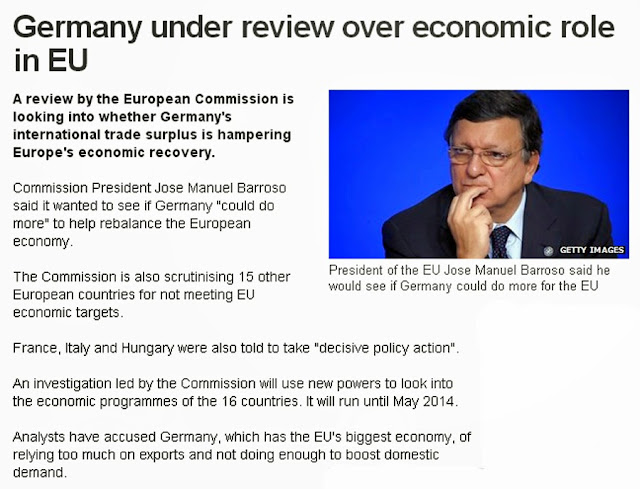 I found something worth pointing out in this drab, lifeless piece about the European Commission, which runs the European Union, which is, you know, that thing in Europe.

The Commission is also scrutinising 15 other European countries for not meeting EU economic targets.

What that means is that if you are a voter in one of those countries, the people telling your government what to do about economic issues don't answer to you directly. They might answer to the parliament that makes up the European Union, but if you've just voted out the government of Italy, too bad. The people you voted for are being dictated to by the European Commission.

You can vote for your own government in Europe, but you can't vote out the commissioner who is part of the body telling your government to swallow more austerity. It is a superexecutive body, and it weakens democracy in Europe by undermining the ability of each country to alleviate its economic suffering.

So what if the Germans are harming the European economy? The Germans have bankrolled the euro and can do pretty much whatever they want. They just had an election; they kept the current government in office. Does that mean that an un-elected body can now derail Germany's export policies?

The answer is, apparently, yes.