So Long, You Bastards 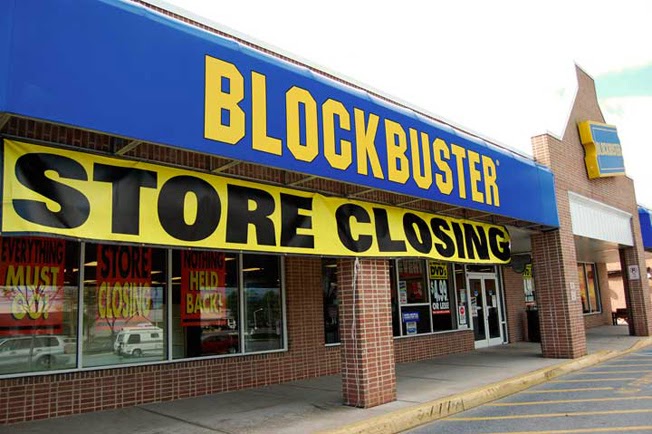 At one time, Blockbuster Video was everywhere. It controlled a massive market in this country and it did so by using that tried and true retail strategy--screw the customer out of every penny because where the hell else are they going to go?

It used fundamentalist Christian values in a way no Christian would recognize and it swallowed up competitors and ruined the very idea of the neighborhood video store. When they first appeared, video stores weren't chains--they were sometimes run out of homes or run-down store fronts or out of abandoned spaces. I remember when some weirdos ran a video store out of their living room. They would sit and watch movies and people would walk in, rent movies by looking through stacks of movies that were scattered throughout their house. It was loose, disorganized, and popular as hell. Blockbuster killed the mom and pop video store and swallowed up regional chains, bringing homogeneity and mediocrity to thousands of towns.

Blockbuster is dead. This is a damned good thing.
on November 06, 2013