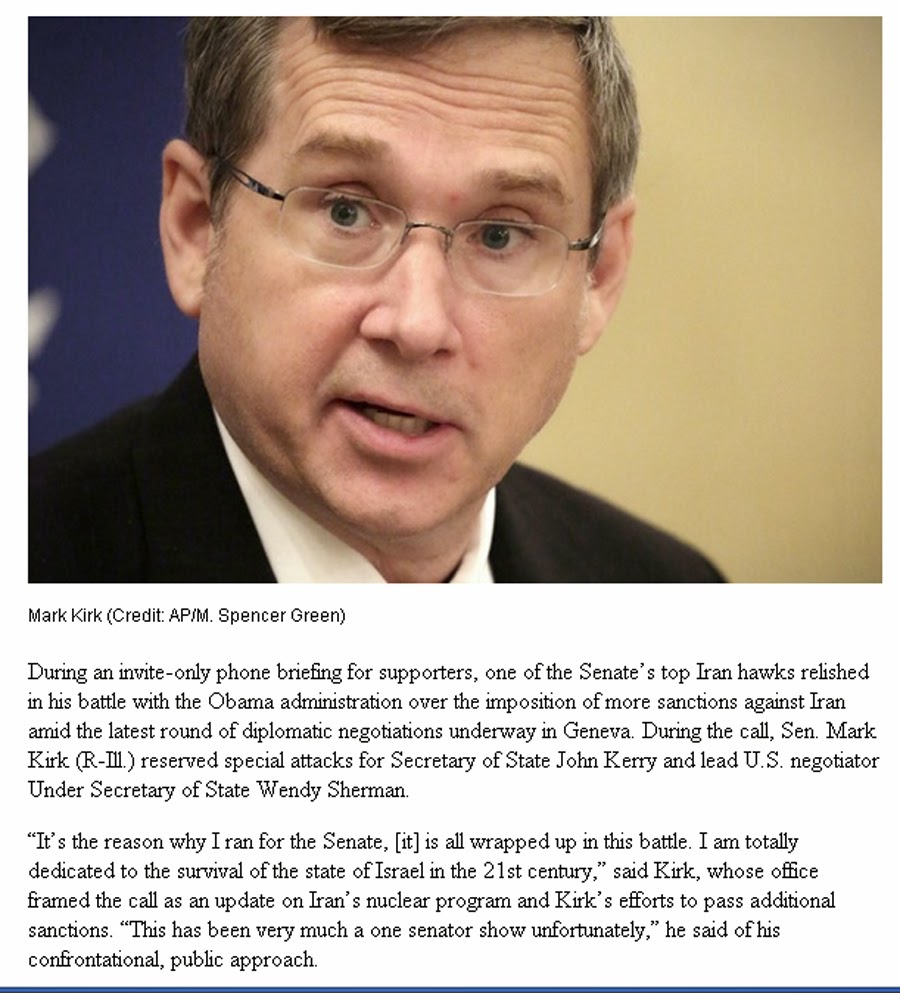 There's nothing wrong with being dedicated to the survival of Israel, but how would you feel if you were someone from Illinois who voted to send Mark Kirk to Washington D.C. to represent you in the United States Senate?

I think you would be wondering why he isn't representing Illinois first and then worrying about Israel and all of the other issues that a United States Senator should be worrying about. Like, I don't know. His oath when he was sworn in, perhaps?

I do solemnly swear (or affirm) that I will support and defend the Constitution of the United States against all enemies, foreign and domestic; that I will bear true faith and allegiance to the same; that I take this obligation freely, without any mental reservation or purpose of evasion; and that I will well and faithfully discharge the duties of the office on which I am about to enter: So help me God.

Does the word Israel appear in there?

In the mind of Mark Kirk, the enemy is the United States Secretary of State and his total dedication is to a foreign entity. Someone needs to write a new oath for him to swear, assuming he is re-elected on an "Israel First" platform.
on November 21, 2013