Sarah Palin is a Hatemonger 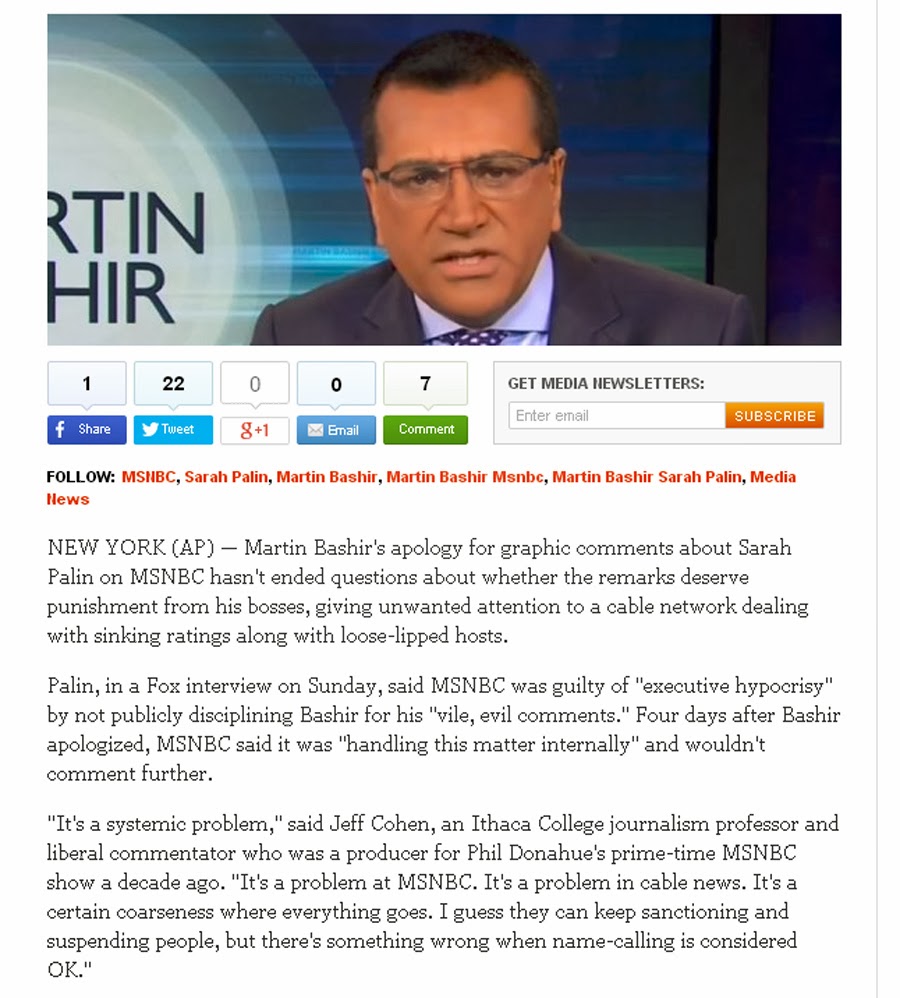 Before anyone starts wringing their hands over this, let's acknowledge two things:

One, Martin Bashir should have been fired for having no class or dignity and no common sense as a broadcaster for his commentary. He demonstrated a complete and utter lack of self-awareness and showed his employer that he cannot be trusted on the air. MSNBC should fire him and Alec Baldwin on the same day and run video of a security guard booting them in the ass as their personal effects clatter to the ground. And then MSNBC should hire some broadcasters.

Two, Sarah Palin is a hatemonger. Every time you publicize this woman's irrelevant screechings, you accord her more power and influence than she really has. Let her have her little thing on Facebook and consider it safe to ignore her for the rest of time. She will never run for office and win anything significant ever again and she is running a scam on people who want to cough up money to hear her say things that flatter their own self-hatred. Palin profits through the public act of hatemongering. She delivers hate, people give her cash. When she runs out of people to hate, she runs out of money. She and her husband don't even want to be Americans. I would suspect that her next flim-flam will be Alaskan independence. Or another book about how liberals want to eat Santa Claus and serve reindeer to the devil.

This whole thing is not a "systematic problem." It's a management problem. You need to have someone who can hire actual broadcasters and you need to have a gatekeeper who finally admits what people already know--Sarah Palin is a nothingburger.
on November 26, 2013
Email ThisBlogThis!Share to TwitterShare to FacebookShare to Pinterest
Labels: Broadcasting, Business, Commentary, Discourse, Editorial, Ethics, Management, Media, News, Television