Money Will Buy You Freedom 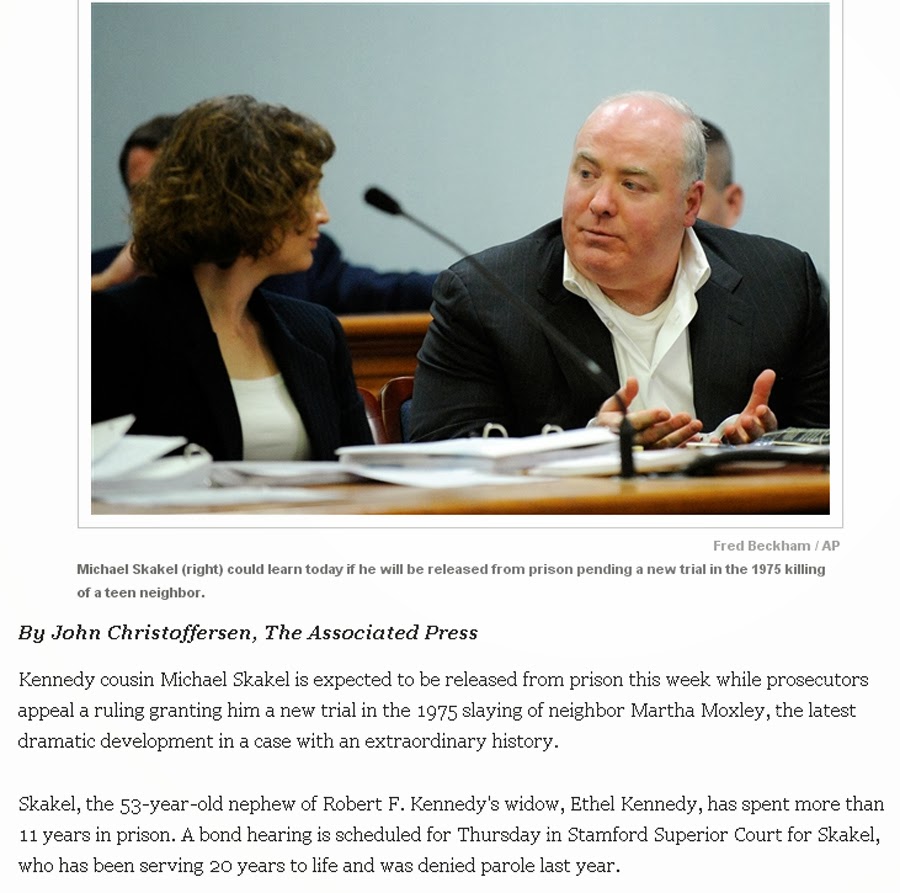 There is considerable evidence that the Skakel family is simply buying the freedom of convicted murderer Michael Skakel and that they are waging a war of influence in order to "clear" his name.

It should be noted that murderers from less wealthy families are going to have to step up their game if they want to compete in the highly competitive world of buying freedom for criminals. The old way used to be simple. A family would donate a lot of money to build a Presidential library or a governor's backyard pool or something along those lines and receive a pardon in return. Now, you have to find better lawyers and completely subvert the rule of law.
on November 20, 2013