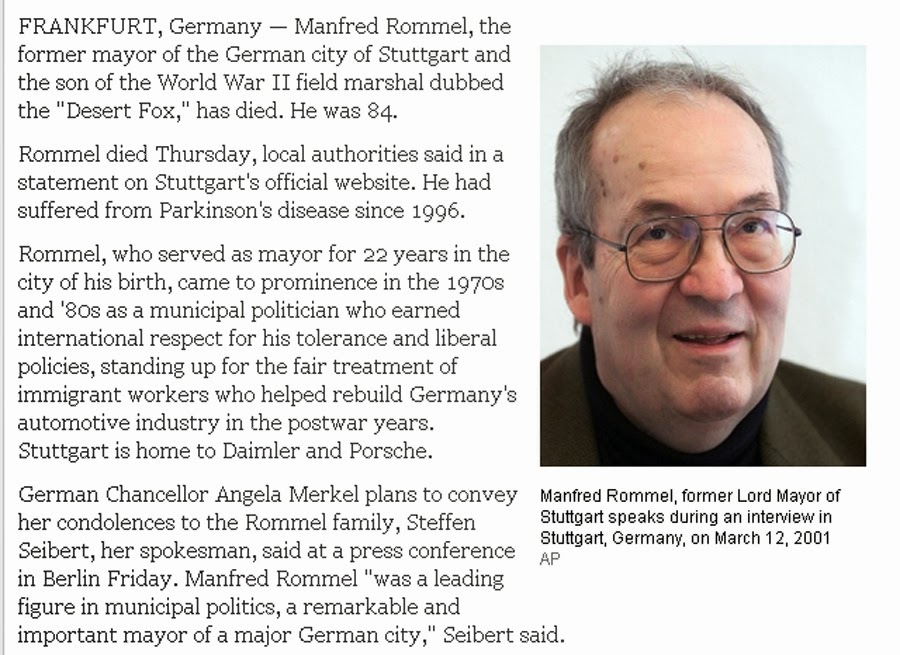 Manfred Rommel has died at the age of 84. He was the son of the famous German general, and he made a life and a name for himself by leading the city of Stuttgart out of the darkness of the postwar era.

His father, Field Marshal Erwin Rommel, has a reputation for being a great general. In point of fact, he was successful enough in the 1940 invasion of France but lost North Africa in 1943 and most of France in 1944. He was not as successful as his reputation would have you think. That reputation was largely based on being able to explain tactics and strategies that he had learned during World War I.

I had occasion to see a hopeful, affirming, peace-loving plaque that he had dedicated long ago. This plaque was situated in the middle of a playground area on Robinson Barracks, which is an Army housing base in the Stuttgart area. Rommel defended the rights of the Turkish workers who were invited to come to Germany and help rebuild its cities and industries after the war. For that, he deserves a great deal of praise. There are few, if any, politicians who defend immigrants anymore.
on November 08, 2013