He Knows How to Play This Game 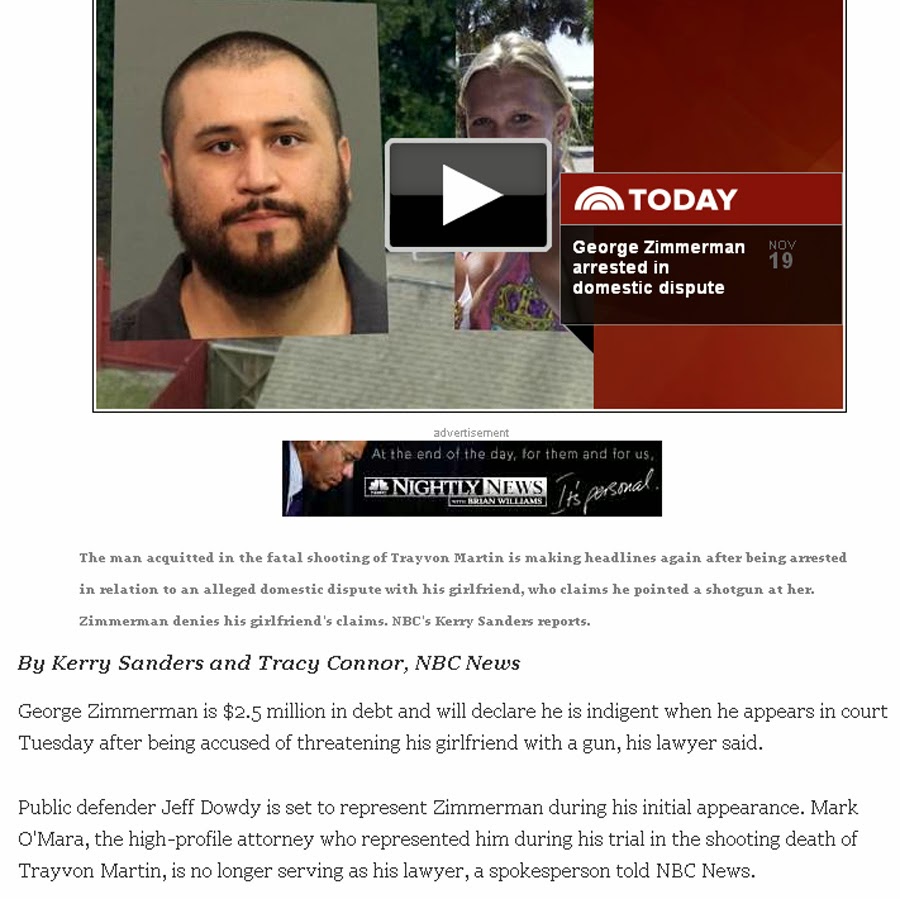 There are no words for how George Zimmerman has gamed the system, elicited sympathy and money from people who were blinded by racial hatred, and has gone on to be an even more dangerous man in notoriety than he was when he was a cop wannabe.

They are going to let him out of jail when someone posts a mere $9,000 worth of bail. Is that really enough for a heavily armed man who doesn't think twice about pointing a shotgun at a woman? What the hell, people of Florida. What the hell?

Zimmerman is a threat to public safety. He is an inherently unstable and dangerous man. He has a track record. He has no regard for the law because the law has never been applied fairly to him. He has no business walking around a free man right now because, um, he threatened a pregnant woman.