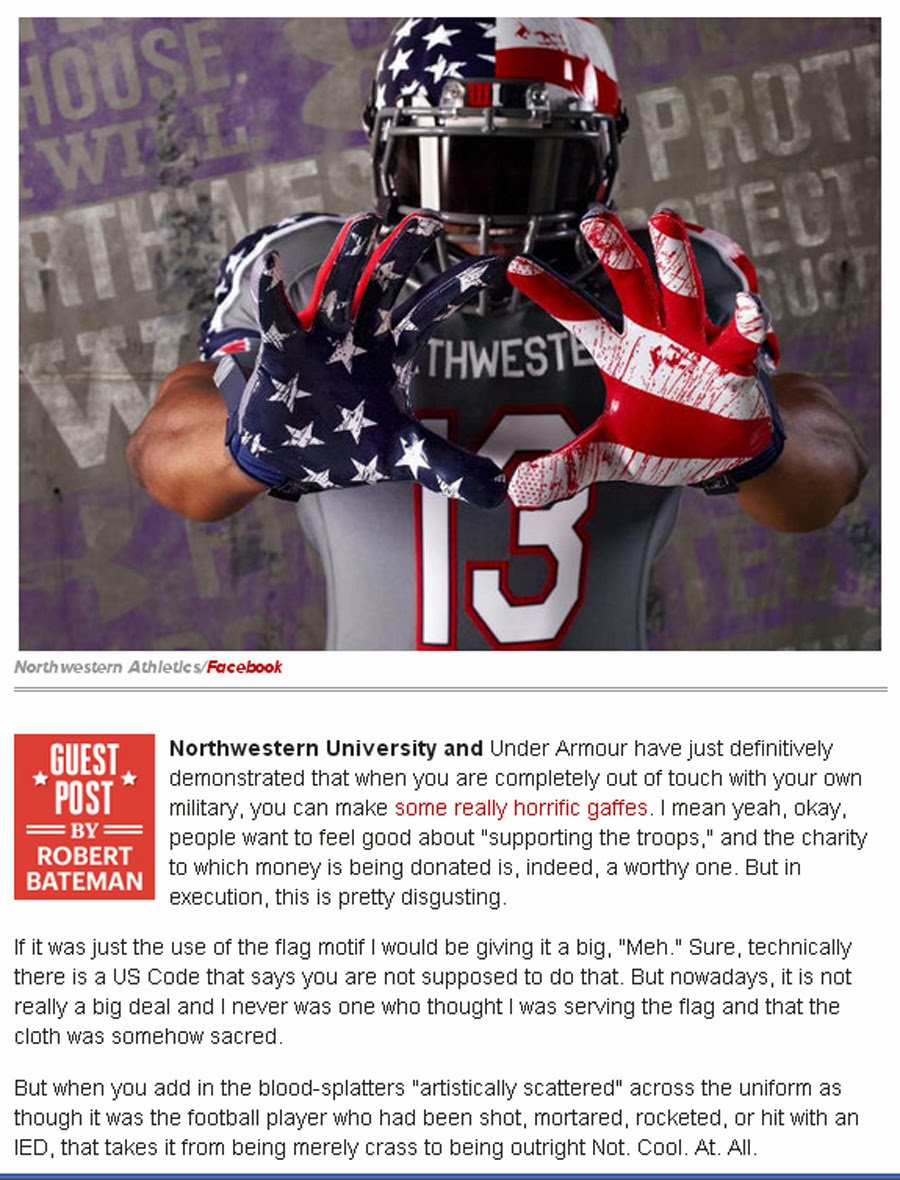 I don't have much to add to this, other than to say that the disconnect between the civilian and educational worlds and our nation's military has only grown larger over the years. How many college kids are planning on joining the military? How many ROTC programs are languishing and shutting down? The nation's military is an absent abstraction from daily life. One of the effects of BRAC was to save money by further regionalizing and isolating the military from large segments of the American population. No wonder people are shocked to see the uniform in places where they don't see it. How many Veterans walk around covered in blood?

Nobody, and I mean nobody, gives a shit about Veterans except when they can make some cash. So, you don't honor their service and their sacrifice by splattering what looks like blood on an overpriced garment. You give them jobs and a chance to go to school and deliver some measure of dignity through opportunity, not phony honors.

Under Armour should hire more Veterans and then maybe ask them before they do something stupid like this. I can't imagine why this was considered a good idea and I really question whether or not a Veteran working for UA came up with the idea (which is possible, of course). You don't celebrate the blood itself that was spilled. You celebrate the person who was cleaned of the blood and came home and was healed.
on November 05, 2013