Congressman Drugs Does Not Know Why He Should be Ashamed 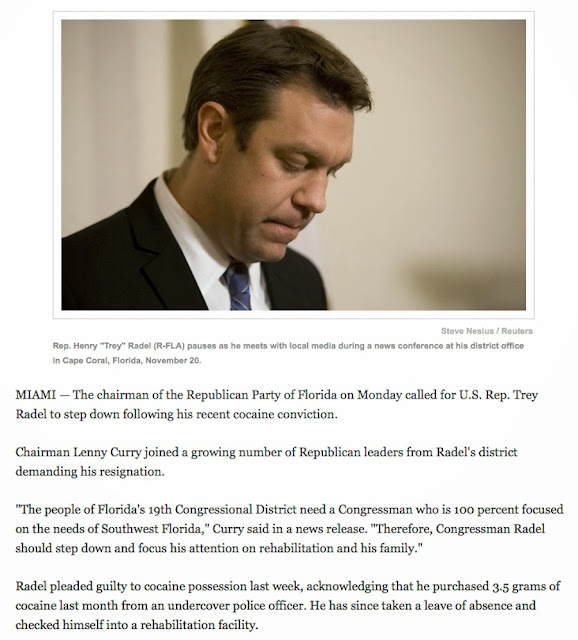 Trey Radel doesn't have what politicians used to have. He has no shame. He isn't embarrassed enough by his conviction for buying cocaine to step down from his job as a Congressman. That's what is missing in this equation.

There used to be a much stronger party apparatus as well. By now, someone would have explained to him and his chief of staff that his resignation announcement would be delivered on a Friday afternoon and that he was to disappear. Not anymore. Everyone shrugs and no one cares. A Congressman on drugs? Who gives a damn anymore?
on November 26, 2013