Assessment Phase in the Philipines 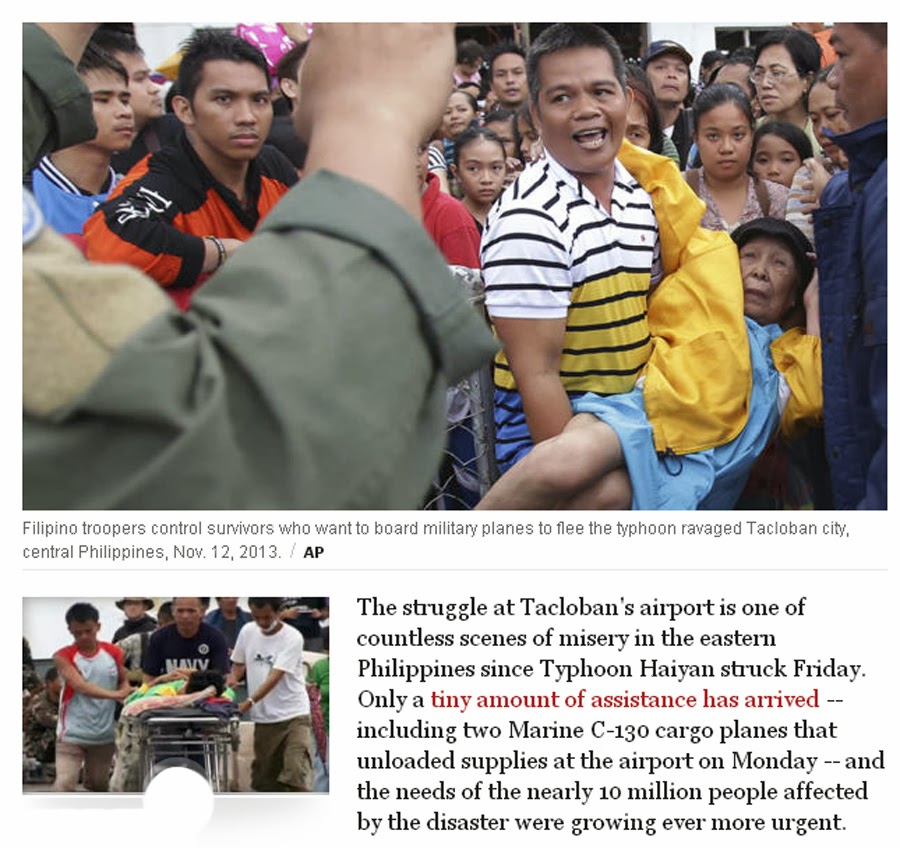 This is where the United States Navy can really bring the logistics and support needed to assist the sovereign government of the Philippines. The assessment phase really needs to be stepped up, however:

[Updated at 3 p.m. Nov. 11: Pentagon Press Secretary George Little later officially announced the deployment and said the carrier, which includes a crew of 5,000 sailors and more than 80 aircraft, will be accompanied by the cruisers Antietam and Cowpens and the destroyer Mustin. Other U.S. Navy vessels were already underway for the Philippines, Little said in the statement.]

U.S. military and civilian officials are still helping Philippine authorities assess the scale of the humanitarian disaster from the storm, known in the Philippines as Yolanda.

“There have been a couple of initial flights, but for the most part it’s still the assessment phase,” said Sgt. Ben Eberle, a Marine spokesman. “In the next 24 hours, there should be a significant increase in resupply for Tacloban.”

The additional deployment of Marines and sailors from the U.S. base in Okinawa, Japan, brings the number of U.S. personnel who have responded to the disaster to 180, Eberle said.

A U.S. Agency for International Development assessment team in Leyte province found that in some areas, 90% of the housing had been damaged or destroyed, the U.S. Embassy in Manila said in a statement.

If you listen to the panicked demands for aid and help, it certainly doesn't sound like these people have a few extra days to spare. The demand for help seems to be far outstripping anything previously seen. And, as always, send money. Don't send high-heeled shoes, sport coats, or Viagra.
on November 12, 2013