Another Batch of Lies About Benghazi 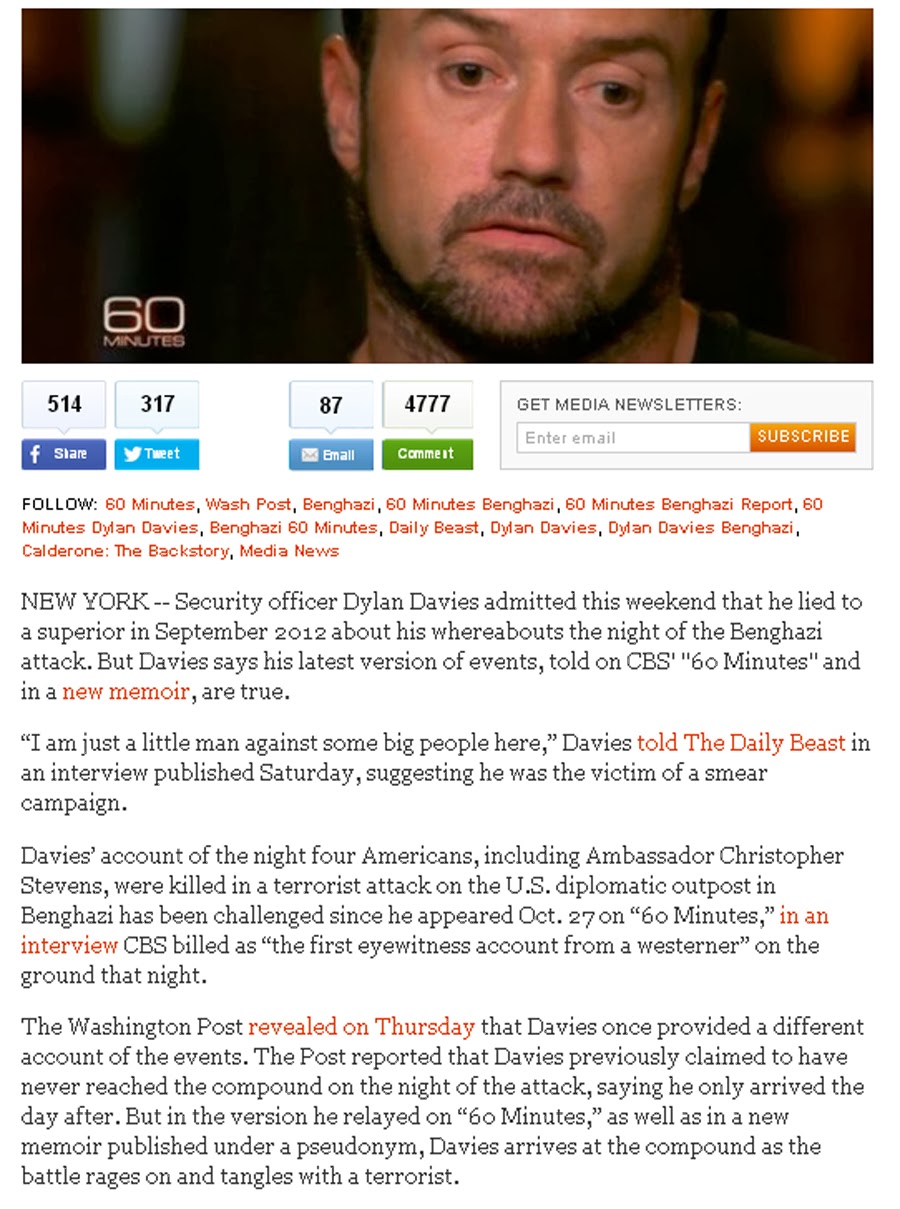 Benghazi has become a punch line. What should have been a clear indication of overreach and a foreign policy failure with no political overtones turned into a fake scandal perpetrated by Republicans who were desperate to blunt the success President Obama achieved by ordering the death of Osama bin Laden.

Politicizing a foreign policy mistake leads to people like Dylan Davies, who invented a hero's tale about his adventures and ended up being caught lying. As a Federal contractor, he was overseas, serving his company and then and only then his country. You get the loyalty and bravery you pay for, obviously, and not a whole hell of a lot else. It's difficult to feel sorry for someone who clearly didn't do what he said he did, but it's also hard to imagine a time when we weren't politicizing the War on Terror to the degree we see now.

Libya probably looked like a classic boondoggle at first. Anarchy, weaklings with guns, and the whole weight of a quasi-deluded imperial Chomsky-fied America out there, doing rogue things while having a great time in those seaside villas. The old regime killed everyone it could, and that created a power vacuum. Into that void marched American exceptionalism and a bunch of guys with guns who were too spread out to do much good for one another. We send a lot of people into a lot of places that are far too dangerous to contemplate because American diplomacy doesn't stop and wait for perfectly hardened compounds and places safe enough to walk around in PJs and fuzzy slippers.Sometimes, those people get killed and that's a tragedy.

Perhaps the lesson from Benghazi is to use fewer contractors, more diplomats, and be ready for the moment when everything the spooks say turns out to be wrong.
on November 05, 2013