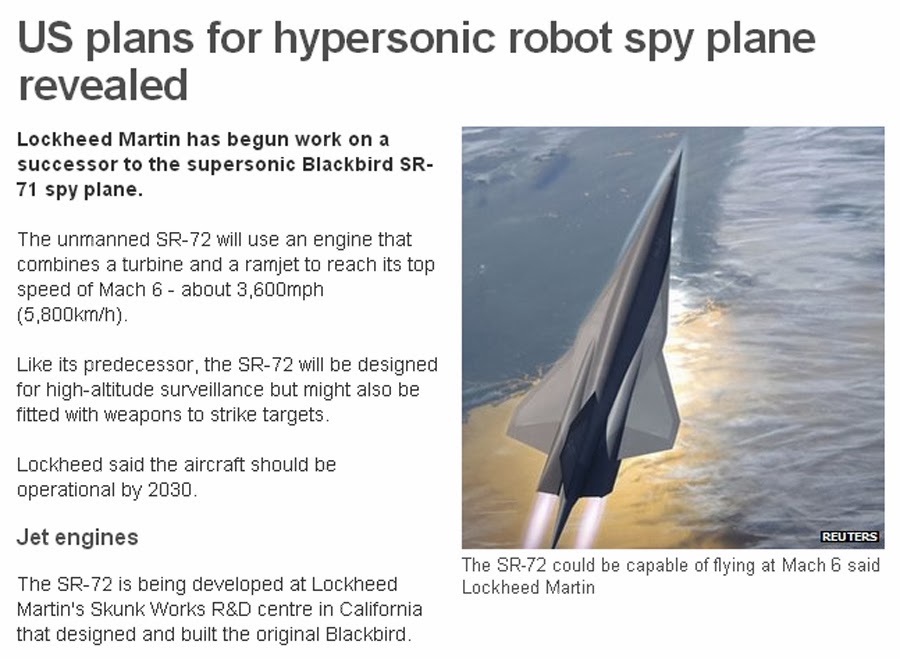 Since most people hate being spied on, why not spend massive amounts of money to put an unmanned spy plane in the air? Holy crap. Are we stupid on purpose?

Why do we need this? What happens if we lose control of something this big? And who's going to pay for this thing? I thought we were broke. Well, we're broke if poor people want to eat. We're flush with mad money if we want to build something someone sitting in a building is going to fly until their PTSD gets them removed from unmanned flight status.

This makes absolutely no sense whatsoever.
on November 04, 2013