You Are Paying For This 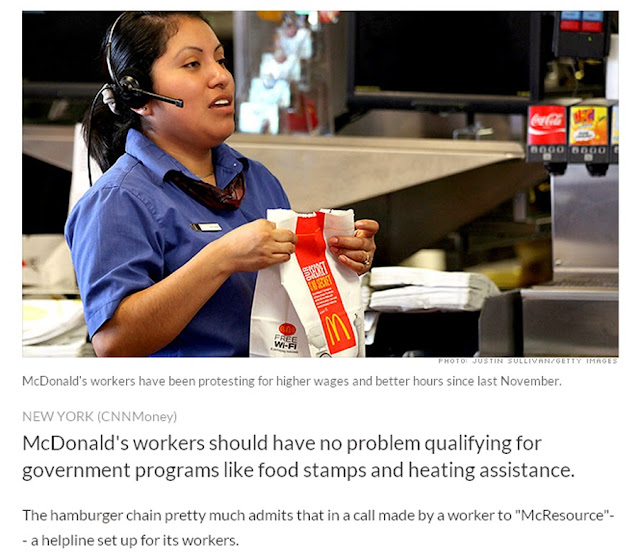 Every individual who receives a Federal benefit puts strain on the system. It's no where near as broken as people claim to be--it's actually very efficient and relatively free of fraud and misuse. But taxpayers should not have to subsidize anyone who works 40 hours a week and plays by the rules. The people who work at McDonald's and do the right thing are being encouraged to sign up for food stamps. Which is a common sense thing because we wouldn't want anyone working in the restaurant industry to starve to death so that their employer can reap obscene profits.